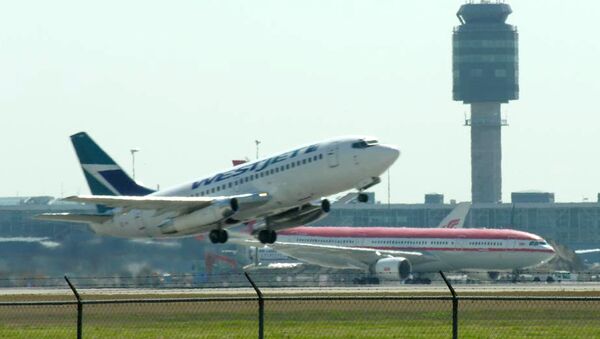 © AFP 2021 / Cathryn ATKINSON
Subscribe
The Canadian High Commissioner to India has expressed regret that an Indian national was denied entry into Canada despite having a valid visa.

Indian Army Claims to Have Destroyed Pakistani Posts to Deter Infiltration
New Delhi (Sputnik) — Canadian authorities denied entry to former Inspector General of Police Tejinder Singh Dhillon at the Vancouver airport as he had worked with the Central Reserve Police Force (CRPF), which is reported to have committed human rights abuses in India.

“We regret any inconvenience that may have been experienced by this individual and their family. Canada’s privacy law prevents me from commenting further,” Canadian High Commissioner Nadir Patel said in a statement.

“Canada continues to welcome record numbers of Indian nationals for study, tourism, business, and visiting friends and family. Over the past year, over 300,000 Indian nationals have applied to visit Canada. In this case, the language does not reflect the Government of Canada’s policy toward India or any particular organization, including the Central Reserve Police Force of India. The CRPF plays an important role in upholding law and order in India,” Nadir Patel added.

Militants Kill Three Indian Soldiers in Dawn Attack on Kashmir Army Camp
The statement from the Canadian High Commissioner further reads that, “Canada values our relationship with India, based on shared values of democracy, pluralism, human rights and rule of law.”

Earlier, India had raised the issue with the Canadian government.

“Such characterization of a reputed force like the CRPF is completely unacceptable. We have taken up the matter with the Government of Canada,” Ministry of External Affairs spokesperson Gopal Baglay said.

“It is a very unfortunate incident. I do not know what happened this time because I have visited the country so many times since my retirement in 2010. It was the newly formed Canada Border Service Agency, which had objected to my entry on the issue of human rights violation by India's CRPF. I have informed the Canadian High Commission in New Delhi about the immaturity and lack of knowledge of newly-formed organization which has been accepted by the Canadian authorities. Now, they have issued the visa and provided a ticket to me," Dhillon told Sputnik when contacted for his reaction.