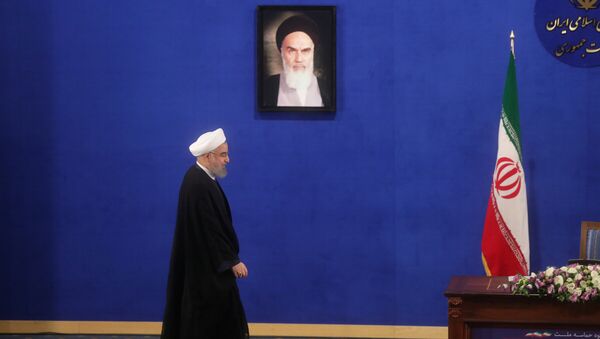 Iran has accused the United States of arming terrorists in the Middle East, as well as accusing it of what it called "Iranophobia."

The neologism "Iranophobia" was introduced by a spokesman for the Iranian Foreign Ministry, Bahram Qassemi, who said a day after US President finished his visit to Tehran's regional nemesis, Saudi Arabia, that the US is guilty of "repetitive and baseless claims" about Iran.

Qassemi also said, in reference to the arms deal signed between Riyadh and Washington worth nearly US$110 billion, that:

"The American president tried to encourage the countries of the region to purchase more arms by spreading Iranophobia."

After the reelection success of moderate President Hassan Rouhani, the comments from president Trump came thick and fast, saying that Iran has "fueled the fires of sectarian conflict and terrors." 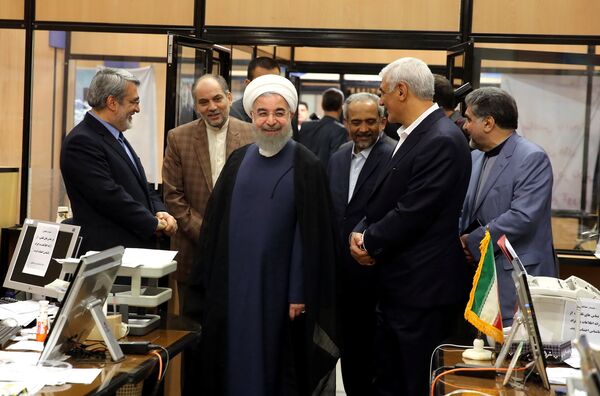 The war of words between the US administration and the Iranian government appear within the context of a region that appears to be experiencing the birth pangs of a new security environment.

After signing a gargantuan US$110 billion arms deal with Saudi Arabia, and a smaller one of US$2 billion with the UAE, the US president has moved on to Israel where he hopes to kick-start the stalled Palestine-Israel peace talks.

'#Rouhani's victory should have been welcomed by #US… instead we have this massive tilt back to #Iranophobia'@steelejourno https://t.co/lqr2PpO9QP

However, speculation has said that Trump may advise Israeli Prime Minister Benjamin Netanyahu to go for closer Israel-Gulf state cooperation as part of an effort to resolve the Israel-Palestine conflict, but also to counter-balance Iranian regional influence.

Mr. President, may your first trip to our region prove to be a historic milestone on the path towards reconciliation and peace. pic.twitter.com/kLp6Xud0s7

Such a suggestion would not be gratuitous, considering that May 16, it was widely reported that a group of Gulf States offered normalization of relations with Israel in exchange for a cessation of the illegal settlement enterprise in parts of the West Bank, and a relaxation of trade and security restrictions on the Gaza Strip.

Also, in his February press conference with President Trump, Netanyahu spoke of a region-wide initiative to achieving a viable peace between Israel and Palestine. Many however, interpret both of the aforementioned initiatives, at least in part, as being both out of a shared concern between Israel, the Gulf States and the US of a rising Iran.

Iran—fresh from real elections—attacked by @POTUS in that bastion of democracy & moderation. Foreign Policy or simply milking KSA of $480B? pic.twitter.com/ahfvRxK3HV

Following Trump's comments in Israel, that he would "never let" Iran get a nuclear bomb, Iranian Foreign Minister Qassemi also said that the US and its allies "should know that Iran is a democratic, stable and powerful country" and that it promotes "peace, good neighborliness, and the creation of a world opposed to violence and extremism."

Qassemi also voiced condemnation at what he called Washington's "reinvigorating terrorists in the region by its hostile policies."

While he did not give the specific names of terrorists or groups that Washington has helped, it is likely that he was referring to groups in Syria opposed to President Bashar al-Assad, as well as the grievances created throughout the region by US airstrikes, which many point to as a recruiting sergeant for terrorist groups.