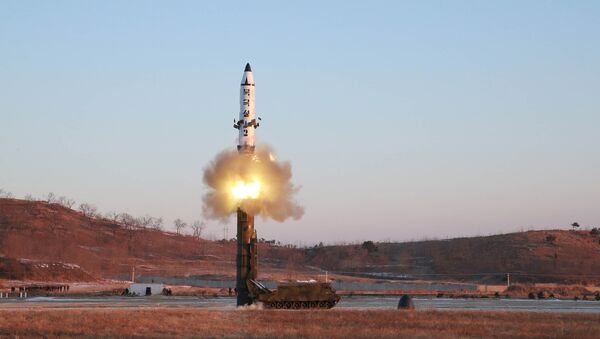 Russians Divided on Reality of North Korea's Nuclear Threat - Poll
MOSCOW (Sputnik) — Lee's proposed to "hold a dialogue if there is a shift in North Korea's attitude or under the right circumstances" in the commentaries for tomorrow's confirmation hearing in the parliament, according to the Yonhap news agency.

The nominee reportedly said that Pyongyang should freeze its nuclear program prior to returning to the negotiation table. The two states last had high-level talks in 2015, according to the news agency.

On Sunday, North Korea launched a ballistic missile, which reportedly flew some 500 kilometers (310 miles) before falling into the Sea of Japan just outside Japan’s exclusive economic zone. Earlier in the day, the UN Security Council discussed Pyongyang's recent nuclear launch.

The situation on the Korean peninsula has become aggravated in recent months due to a series of missile launches and nuclear tests conducted by Pyongyang, all of which are claimed to be in violation of UN Security Council resolutions.