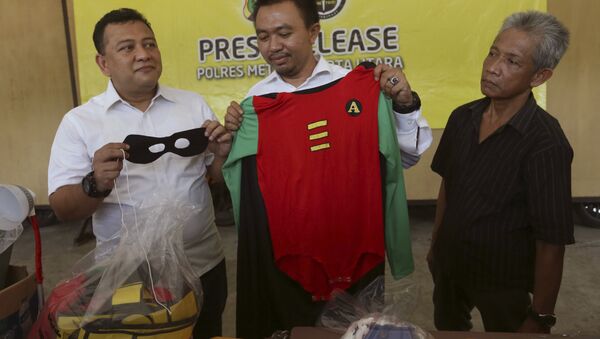 Following increased LGBT activism in the country and similar arrests, Indonesian police have stepped up a campaign of harassment and arrest of members of the the local gay community.

Human rights activists in the country and around the world quickly condemned the raid, observing it to be a violation of privacy, as bar patrons were strip-searched, photographed and transferred naked to local jails.

Images of the arrest were then shared on social media by police operatives, according to Legal Aid Jakarta, an Indonesian coalition of lawyers and activists.

"These detentions set a bad precedent for gender and sexual minorities," stated a spokesperson for Legal Aid Jakarta, cited by Reuters.

A spokesperson for the local police force that performed the raid claimed that the patrons had "violated pornography laws."

Homosexuality is not a crime in Indonesia, the world's largest Muslim-majority country, although the LGBT culture's increased visibility in modern times has resulted in a backlash among religious and political figures seeking to curry favor with conservatives.

Earlier this month, in a similar raid in Surabaya, Indonesia's second-largest city, officials forced those detained who were suspected of being gay to have HIV tests — and then published the results, according to Reuters.

Other instances of increased suppression based on sexual preference have been noted in the country, after the ultra-conservative Indonesian province of Aceh publicly caned two men accused and convicted of engaging in consensual sex, in the first ruling of its kind.

New anti-homosexuality laws covering only the province of Aceh were introduced in 2014 criminalizing same-sex relations, using an Islamic law as the basis for its legal code.