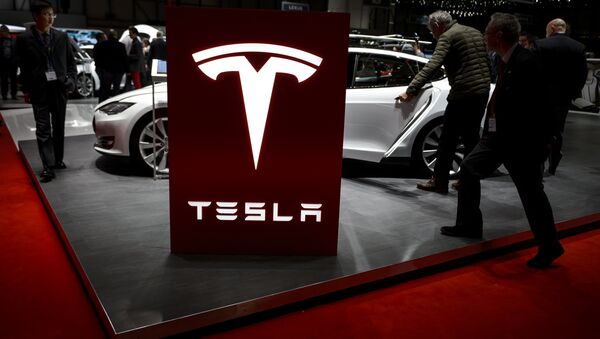 Undoubtedly, the development of modern technologies is rapidly progressing. But expectations of any outstanding changes, like robots efficiently doing most of human jobs, is far from reality.

Elon Musk’s New Start-Up Will Make You a Cyborg with a Robot Superbrain
"Expectations that everything will work properly and flawlessly is one of the diseases of the modern humankind and nothing more," observer Ruslan Karmanov wrote for RIA Novosti.

According to Karmanov, the idea of global robotization is just a myth. News about any technical progress in this regard is often based on reports like "Company X has optimized the automatization of all production," however they rarely correspond with reality.

Recently, The Guardian newspaper interviewed workers at lon Musk's Tesla factory in Fremont, California, and wrote an article titled "Tesla factory workers reveal pain, injury and stress: 'Everything feels like the future but us'." The publication revealed what a factory worker's life is really like.

"Some of the human workers who share the factory with their robotic counterparts complain of grueling pressure — which they attribute to Musk's aggressive production goals — and sometimes life-changing injuries," the newspaper wrote.

In his commentary, Karmanov sarcastically noted that there are indeed a lot of robots working at the factory, with names like "Sanchez" and coming from Mexico or other Latin American countries.

"These 'robots' work 10-12 hours a day mostly illegally, as according to legislation it is legally prohibited to work so many hours. This situation makes it clear why California's hi-tech firms are so opposed to Trump's immigration order — after all, without Sanchez's robots, hi-tech activities will be completely unprofitable," Karmanov concluded.

Elon Musk, the founder of the Tesla and SpaceX projects, is well-known for his ambitious and expensive ideas. One of them is his Neuralink startup. The company is supposed to develop neural interface technologies that connect our brains to computers. Musk wants to literally build a computer that can be inserted into the human head and integrated with the brain.