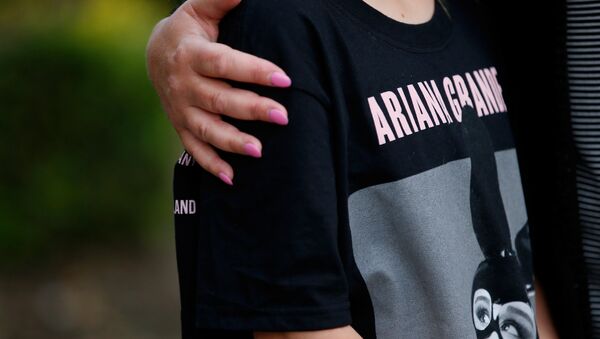 © REUTERS / Andrew Yates
Subscribe
The Eiffel Tower located in the French capital will have its lights switched off to honor the memory of people killed in the recent deadly Manchester Arena attack, Anne Hidalgo, the mayor of Paris, said Tuesday.

"Today, Paris will commemorate the victims [of the Manchester attack] by switching off the lights of the Eiffel Tower at midnight. Attacking Manchester, the terrorists also wanted to attack our common values: our unbreakable adherence to democracy, freedom, humanity and to common existence. In the face of this blind and continuing threat, the cities should show their unity," Hidalgo said in a communique.

The politician added that the residents of Paris that had also been targeted by deadly attacks in November 2015 express solidarity with the families of the Manchester victims.

The blast that hit the Manchester Arena claimed lives of at least 22 people, including children, and left over 50 injured. Police are considering the explosion a terrorist attack.

000000
Popular comments
Like that will help. Sweep the scum off our streets, THAT will help. !