No More Money for Nothing: Trump’s Budget Proposal May Frustrate Ukraine, Others 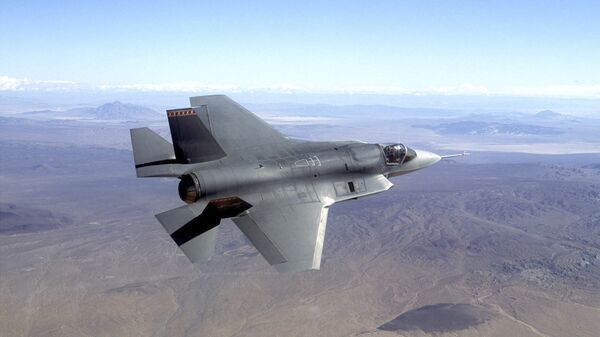 © AP Photo / Northrop Grumman
Subscribe
International
India
Africa
A budget proposal to be submitted this week by the administration of US President Donald Trump will include conditions that replace American military grants to foreign countries with loans, potentially ending several billion dollars in weapons and logistics giveaways by Washington.

The US State Department, in an internal memo obtained by the Wall Street Journal, identified Vietnam, Tunisia, Colombia, Lebanon, the Philippines, Pakistan and Ukraine as countries that would be offered loans to purchase US military equipment, instead of receiving cash as a grant.

These military grants allow countries allied with the US to acquire American-built ammunition, ground transportation, aircraft and naval vessels.

Currently Israel receives about $3 billion in US military grants annually, while Egypt gets $1.3 billion. Jordan is the recipient of some $350 million in military giveaways and Pakistan gets about $265 million.

All of the countries involved in the grant program would see, under the Trump budget, grant figures either drop significantly, or be replaced altogether by a loan to be used to purchase US military hardware.

Trump's full budget proposal will be released on Tuesday, and reportedly includes up to 31-percent cuts to the budgets of the State Department and the US Agency for International Development, according to the Wall Street Journal.

Pushback on Capitol Hill against the move, however, is growing, as current and former lawmakers point out that the grant program allows allies that would not otherwise be eligible for international loans the opportunity to purchase cutting-edge US military hardware. Those countries now receiving grants would likely look to China and Russia if Washington shifted the playing field, according to reports.

In suggesting that most countries that currently receive grants from Washington would refuse loans, the State Department internal memo asserted: "Without such assistance, partners will likely either not develop/sustain those capabilities, or may turn to other countries to assist them in developing them," cited by Wsj.com.

The memo detailed that replacing the grants with loans "will not assist the vast majority of countries that receive this support, since they would not desire to take out, or would not qualify for an international loan."

A congressional aide quoted by the Wall Street Journal remarked that the foreign policy switch from free money to taking out a loan would not "play very well" with US lawmakers or Washington's allies.

"There's real concerns among authorizers over this," the unnamed aide said, adding, "If you care about US influence with these countries for counterterrorism and national security purposes, this will go a long a way to kill it."

The Trump proposal is also seen to be unfriendly to American business and US diplomatic interests abroad.

"This could also hurt US companies who could sell these products," he added. "Countries will now look elsewhere because our stuff is more expensive than anyone else's. It's the best but you pay for the best."