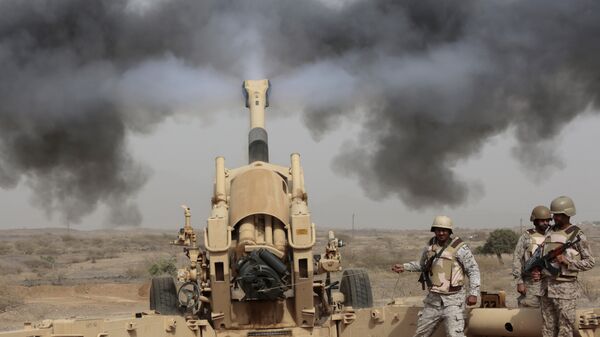 The United States and Saudi Arabia will sign a joint vision statement and nine defense cooperation agreements, including eight letters of acceptance and one letter of intent, according to White House Press Secretary Sarah Sanders.

According to Sanders, at a ceremony in Riyadh, to be attended by US President Donald Trump and State Secretary Rex Tillerson later on Saturday, the sides will sign a joint vision statement and nine defense cooperation agreements, including eight letters of acceptance and one letter of intent.

Saudi Arabia, US to Sign Major Contracts During Trump's Visit - Saudi Minister
During the visit, Trump is expected to hold bilateral talks with King Salman bin Abdulaziz, as well as a meeting with the leaders of six Arabian monarchies of the Gulf Cooperation Council (Bahrain, Kuwait, Oman, Qatar, Saudi Arabia and the United Arab Emirates), and take part in the summit of the leaders of Arab and Muslim countries along with some 50 other heads of state or government.