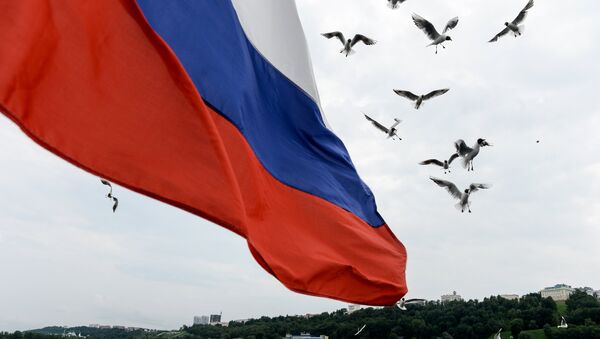 "Russia has sent to the WTO's Dispute Settlement Body and Ukrainian government a request for consultations on restrictions being repeatedly imposed since 2014," Oreshkin told reporters on the sidelines of Asia-Pacific Economic Cooperation (APEC) ministerial meeting, where he met with WTO Director-General Roberto Azevedo.

"Moreover, the number of anti-Russian measures, their nature and the scope of industries affected, show that Ukraine systematically and consciously violates its international obligations, ignoring the rules of international trade and other norms of international law. Besides, some of this measures are not protecting Ukrainian economy but instead create additional problems," the minster added.

"The activities of hundreds of Russian companies, the producers of goods and services, are banned or discriminatory restricted on the Ukrainian territory," Oreshkin said.

"In a similar manner we consider the restrictions on operations with Ukrainian currency and bans on accreditation of journalists from Russian news agencies and other media," the minister stressed.

"Thus, the Russian request touches upon total of hundreds elements of Ukrainian normative acts and includes violations of a range of WTO basic agreements," Oreshkin concluded.