Europe Is Highest Suicide Rate Region in the World - UN 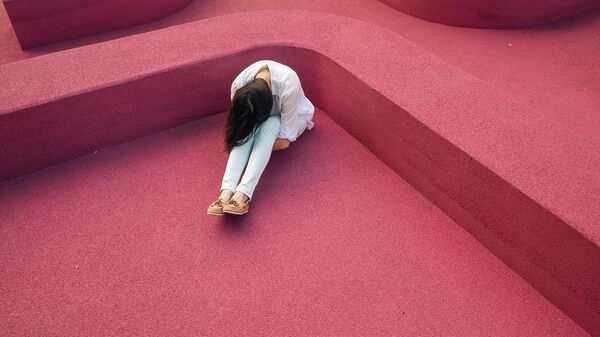 CC0 / /
Subscribe
Europe is the region with the highest number of suicides in the world, according to World Health Organization (WHO). The group's annual world health report shows that Europe's highest suicide rate is in Lithuania, with 32.7 suicides per 100,000. The revelations come during Mental Health Awareness Month.

Lithuania, Kazakhstan, Belarus, Poland and Latvia: these are the five European nations with the highest number of suicides, with all more than 21 suicides per 100,000 people.

That's according to a comprehensive report by the World Health Organization (WHO), on the general health of the world's population, and on common causes of death.

The WHO World Health Statistics 2017 report found that:

In 2015, suicide was the second leading cause of death by injury after road traffic injuries. Serious depression is suggested as a significant factor in people being pushed to take their own lives, which the WHO estimates affects 311 million people worldwide.

May is #MentalHealthAwareness month. pic.twitter.com/KtUrkeCqVj

The global health organization is calling for national governments to reduce access to pesticides and other poisons to help reduce the availability of cheap suicide methods.

"A leading means of suicide in many parts of the world is self-poisoning with pesticides."

The impact of access to pesticides on suicide rates was first identified in a 1995 study that demonstrated both an increase in suicide mortality following the introduction of paraquat (a highly toxic herbicide) in Samoa in 1972, and a subsequent reduction in such mortality after its banning in 1981."

The WHO report highlighted South Korea's suicide rate falling due to a pesticide ban in 2011.

Marie-Paule Kieny, the WHO's assistant director-general for health systems and innovation, said in a statement:

"If countries don't know what makes people get sick and die, it's a lot harder to know what to do about it."

"The WHO is working with countries to strengthen health information systems and improve data quality," she added.

The World Health Statistics 2017 report has been published in May, Mental Health Awareness Month, which has been observed every May since 1949.

000000
Popular comments
Wipe out the Marxists in Western politics and that will solve many problems.
stop the NATO wars
19 May 2017, 17:48 GMT1
000000
More importantly, those countries should go back to their Christian Roots, in this year of the Centenary of the Fatima Apparitions and Messages, many of us could start praying the Rosary in earnest, the formidable 'weapon' we have, to implore Heaven to intervene on behalf of our youth and other people, to assist them, to renew their courage to carry on the fight, and save lives. Ave Maria.
armor
19 May 2017, 17:59 GMT2
000000
Newsfeed
0
New firstOld first
loader
LIVE
Заголовок открываемого материала
Access to the chat has been blocked for violating the rules . You will be able to participate again through:∞. If you do not agree with the blocking, please use the feedback form
The discussion is closed. You can participate in the discussion within 24 hours after the publication of the article.
To participate in the discussion
log in or register
loader
Chats
Заголовок открываемого материала
Worldwide
InternationalEnglishEnglishMundoEspañolSpanish
Europe
DeutschlandDeutschGermanFranceFrançaisFrenchΕλλάδαΕλληνικάGreekItaliaItalianoItalianČeská republikaČeštinaCzechPolskaPolskiPolishСрбиjаСрпскиSerbianLatvijaLatviešuLatvianLietuvaLietuviųLithuanianMoldovaMoldoveneascăMoldavianБеларусьБеларускiBelarusian
Transcaucasia
ԱրմենիաՀայերենArmenianАҧсныАҧсышәалаAbkhazХуссар ИрыстонИронауОssetianსაქართველოქართულიGeorgianAzərbaycanАzərbaycancaAzerbaijani
Middle East
Sputnik عربيArabicArabicTürkiyeTürkçeTurkishSputnik ایرانPersianPersianSputnik افغانستانDariDari
Central Asia
ҚазақстанҚазақ тіліKazakhКыргызстанКыргызчаKyrgyzOʻzbekistonЎзбекчаUzbekТоҷикистонТоҷикӣTajik
East & Southeast Asia
Việt NamTiếng ViệtVietnamese日本日本語Japanese中国中文Chinese
South America
BrasilPortuguêsPortuguese
NewsfeedBreaking
04:47 GMTCOVID-19 Live Updates: Japan to Ban Travellers From Entering to Prevent Spread of Omicron Variant
03:46 GMTVideo: Jacksonville Jaguars Mascot Risks it All in Failed Stunt, Still Unable to Bring Luck to Team
03:39 GMTGOP Lawmaker Says Biden’s Social Spending Plan Would Allow IRS to 'Spy' on Americans
02:53 GMTMaduro Calls EU Observers at Latest Venezuelan Elections ‘Delegation of Spies’
02:43 GMT'Keep Livin': Matthew McConaughey Decides Not to Run for Texas Governor
02:36 GMTOver 2,000 People Protest Against COVID-19 Measures in Prague - Reports
02:19 GMT'French Trump' & Possible Presidential Candidate Zemmour Spotted Showing Middle Finger to Protester
01:28 GMTMarket Bull Expects US Fed to Raise Rates Six Times By 2024 Due to High Inflation
00:24 GMTRepublican Rep. Says Congress Leadership 'Needs to Change' as GOP Could Secure Southern Border
YesterdayFauci Tells Biden It Will Take 2 Weeks to Have Full Information on Omicron Strain
Yesterday‘Absolute Hubris’: Rand Paul Slams Fauci For Saying 'I Represent Science'
YesterdayRoger Stone Calls FBI 'Biden's Personal Gestapo' While Speaking of Jan. 6 Committee Subpoena
YesterdayJennifer Lopez Feels Her Reunion With Ben Affleck Is 'Truly Meant To Be,' Report Says
YesterdayUS Transport Sec Buttigieg Wriggles on Ridiculed 'Racist Roads' Comments
YesterdayNew Jersey School to Remove President Woodrow Wilson's Name Over Racism Legacy
YesterdayTrump's Super PAC to Hold Biggest Fundraiser Yet Amid Biden's Sinking Polls - Report
YesterdayFrance Blames UK for Channel Drownings for Being 'Too Attractive' to Migrants
YesterdayWHO: Data Insufficient to Conclude Omicron More Dangerous Than Delta
YesterdayUS Reportedly Sends Two Military Convoys to Syria Consisting of Over 100 Vehicles
YesterdayTaiwan Scrambles Jets to Fend Off 27 Chinese Military Aircraft