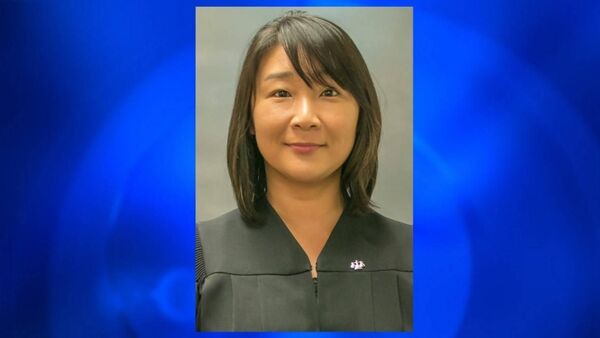 A municipal court judge in South Texas has been placed on unpaid leave after officials discovered she was not a US citizen.

Burkett never attempted to misrepresent her origins or deceive the city, according to Rubio, but the city also never asked about her citizenship during the qualification process. The the matter is being reviewed by city attorneys who have determined Burkett’s past rulings were lawful and will therefore stay intact, she said.

The employment documents Burkett completed only ask whether the applicant is eligible to be employed legally in the state.

Many Young US Immigrants Fear Trump Will Revoke Their Legal Status

City Councilman Rudy Garza Jr. said Wednesday that Burkett is in fact eligible for lawful employment as she is a permanent resident.

Garza told the Caller Times, "The error was a city error and we don’t feel Judge Burkett was insincere or did anything in her application or interview that led to any dishonesty on her part."

The South Korean native’s husband, Nathan, wrote a message explaining that his wife had a been a permanent resident since 2007, saying, "The job posting specified only the ability to work in the US … She has never made a representation that she is a citizen."

Hundreds Protest Immigrant Raids in US for Second Day

He added, "We're going to do whatever the city needs us to do to get her back on the bench … She loves [being a municipal court judge]."

According to her resume, Burkett graduated from Texas Tech University School of Law in 2005, became licensed to practice law in 2007 and worked as a Nueces County prosecutor beginning in 2008.

The Texas Board of Law examiners note that attorneys in the state are not required to be US citizens, as people who are "lawfully admitted for permanent residence," can practice law as well.