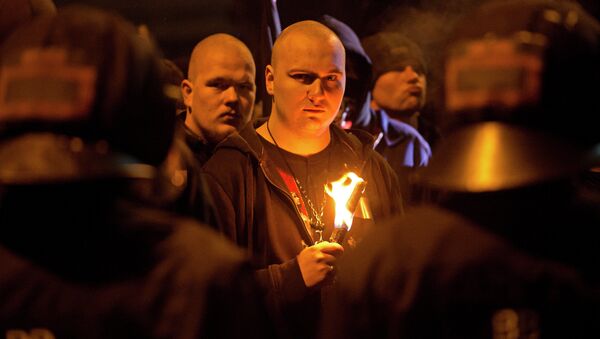 MOSCOW (Sputnik) — The official noted that in Europe "there is no necessary reaction." Patrushev drew an analogy between the current situation and the situation before World War II when the threat of Nazism was underestimated in Europe.

"We cannot ignore the situation in Europe as a whole, in Ukraine it is more clearly visible — it is neo-Nazism. Because we register currently approximately 500 neo-Nazi groups in Europe and in Ukraine too, which corresponds to around seven million people," Patrushev said in an interview with Rossiya 24 broadcaster.

"These forces currently dictate to a large extent how the Ukrainian leadership should act. The president [in Ukraine] cannot do anything without taking into account their opinion," Patrushev stressed.