Campaigners Slam Theresa May Over 'Backward Step' on Corruption 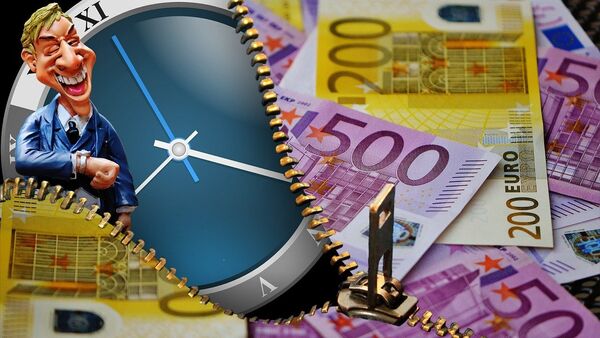 © Photo : Pixabay
Subscribe
Campaigners have lashed out at the UK Conservative Party's manifesto pledge to merge the Serious Fraud Office with the National Crime Agency saying it "would be a backwards step in the fight against corruption".

The Conservative manifesto — issued May 18 ahead of the general election, June 8 — states that Theresa May's government — if, as expected, it wins the election — will "strengthen Britain's response to white collar crime by incorporating the Serious Fraud Office (SFO) into the National Crime Agency, improving intelligence sharing and bolstering the investigation of serious fraud, money laundering and financial crime." 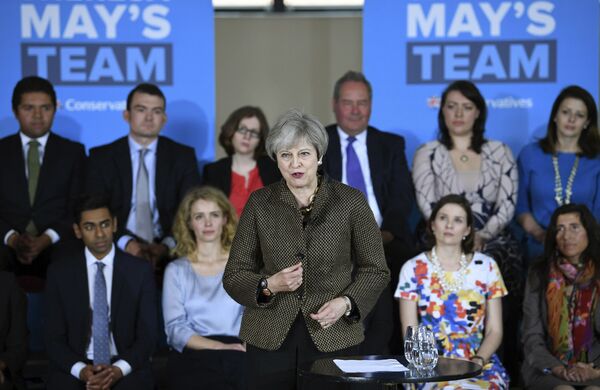 Britain's Prime Minister Theresa May speaks at the Dhamecha Lohana Centre in north west London, where she is meeting Conservative party general election candidates from across London and the south east of England, Monday May 8, 2017. Britain will hold a general election on June 8
© AP Photo / Stefan Rousseau

The SFO is the specialist prosecuting authority tackling the top level of serious or complex fraud, bribery and corruption, which takes on a small number of large economic crime cases in the UK and the Channel Islands — but not in Scotland.

However, the plan has been criticized by campaign Group Transparency International, saying it would be a "backwards step in the fight against corruption."

"Maintaining the independence of the SFO is crucial to avoid corruption becoming a political football. The complex, cross-border nature of corporate corruption is best tackled by a specialist agency like the SFO," Transparency International said in a statement.

"The underlying concern is that this could be a crude attempt at either cost-saving or to neuter the Bribery Act so that the UK can increase its exports at the expense of the stability, security and economic development of our overseas trading partners."

"The SFO has had increasing success in recent years; previous plans to abolish it have been discredited, and it is both astonishing and of real concern to see this surface again. If there are good reasons to abolish the SFO, they should be spelt out; if there is a proper plan to replace the SFO, it should be put out for consultation," the group said.

One of TM's long-held and irrational obsessions. She has rightly been warned for years that this will seriously damage fraud fighting #SFO https://t.co/ASwFL6Pvbu

​"At present we are faced with the prospect of politicians deciding who to prosecute, the elimination of decades of carefully-built expertise, deprioritization of corruption and cutting back resources — as well as splitting the combined teams of expert investigators and prosecutors which is one of the SFO's unique features and widely praised throughout the world."

The UK has already been criticized for failing to live up to its promises to tackle corruption and money laundering.Transparency International said, early May, that — a year on from the London anti-corruption summit — Britain has still failed to implement many of its recommendations.

"This ill-conceived manifesto one-liner seems to contradict the Prime Minister's stated intent to take a global role in tackling corruption.  Previous governments have made good progress in fighting corruption. It is therefore worrying that many of the commitments to tackle corruption and corrupt money in the UK, made since 2010, do not feature within this manifesto and it looks like important mechanisms to fight corruption could be rolled back," the campaign group said.