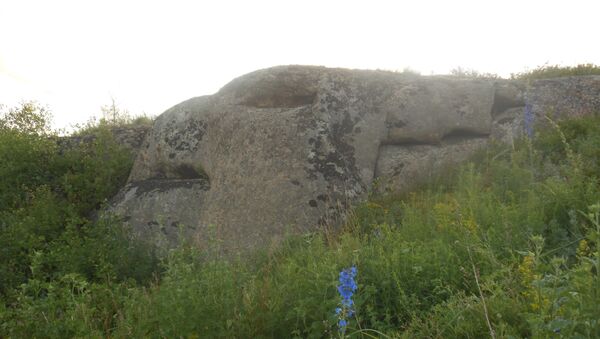 Unusual ancient megaliths resembling the heads of a griffin and a dragon were discovered on Mokhnataya mountain, some 20 kilometers away from the resort town of Belokurikha in Russia’s Altai Mountains.

Russia
Dragons of Siberia: Scientists Reveal Mythical Creature Once Lived in Russia Too
Regina Konstantinova — The unique stones were discovered back in 2013 by Russian amateur researchers Aleksandr Peresyolkov and his son Ruslan Peresyolkov but were only now disclosed. The scientists believe that the rocks are artificial objects created by our distant ancestors: the ancient sculptures have bold and smooth features, impossible to form if granite cracks naturally. However, it remains unknown how prehistoric people created the sculptures and why.

"The megalith complex on Mokhnataya mountain was created during the indefinite period of the Stone Age, preceding the end of the Würm glaciation," Ruslan Peresyolkov told Sputnik.

The Würm glaciation, popularly known as the Ice Age, is the last glacial period that ended approximately between 9700-9600 B.C. For a more precise dating, detailed research of the finds is required. 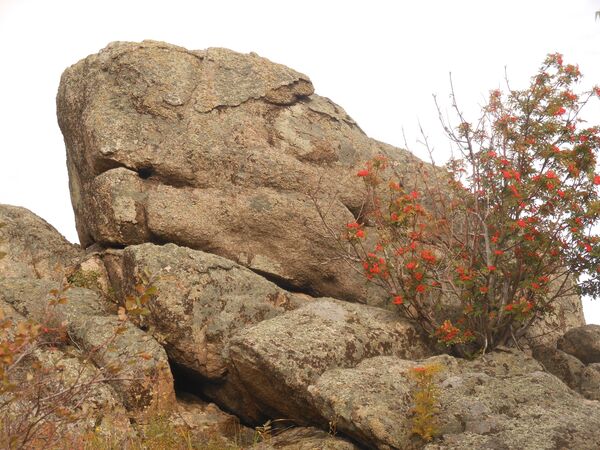 The dragon is carved into a granite rock weighing 120 tons. It is supposed to be the oldest known image of this mythical creature in Russia. The megalith is made of six parts, from 1.3 to 2.1 meters in length. 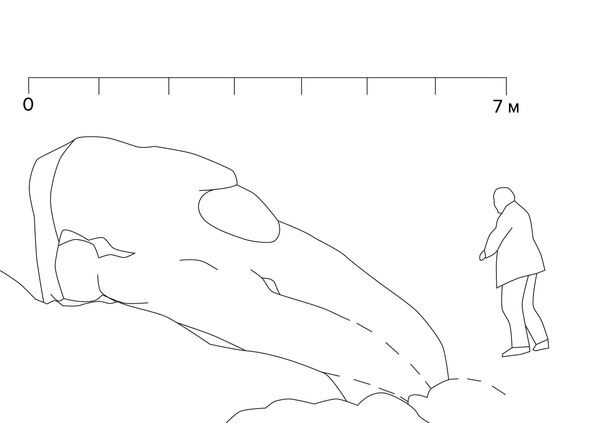 Another megalith resembles an eagle-headed mythical creature, a griffin. It has a distinguished skull, a bold and heavy beak, an eye shaped like a cavity and a long notched crest. According to researchers, its neck can be clearly seen, and the rest is, perhaps, hidden underground. The stone bird is 5.9 meters in length and over 2.5 meters in height. 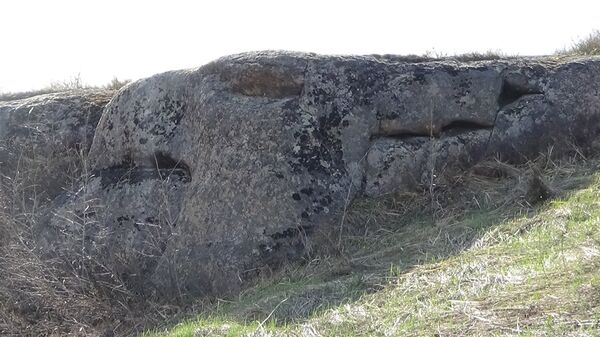 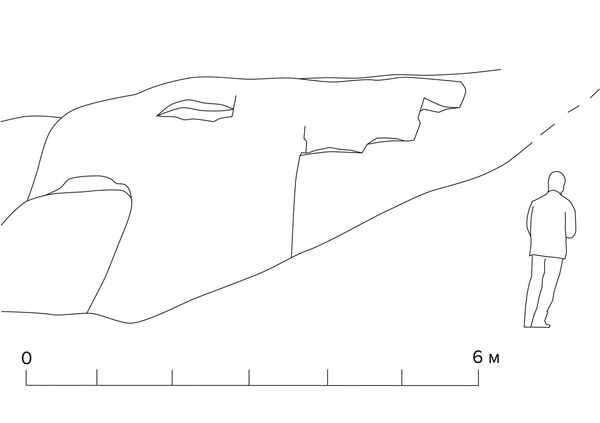 According to Aleksandr Peresyolkov, this finding might change our understanding of how humanity developed. "We should probably review the statement made in the 19th century by Max Müller, a German-English scientist. He said that the theory of a gradual evolution of mankind from savagery as its earliest stage into civilization will be replaced by a theory of cyclical human development," he explained.

"In our case, this means the megaliths are the remains of what one of the previous civilizations was able to create. And what we know as Neanderthals and the Stone Age culture is this civilization's decay, the lowest point of its cycle. In terms of this theory, the same will happen to modern civilization, to us. In other words, there is no constant movement forward in the development of mankind, but there are cycles with peaks and declines," Aleksandr Peresyolkov added.