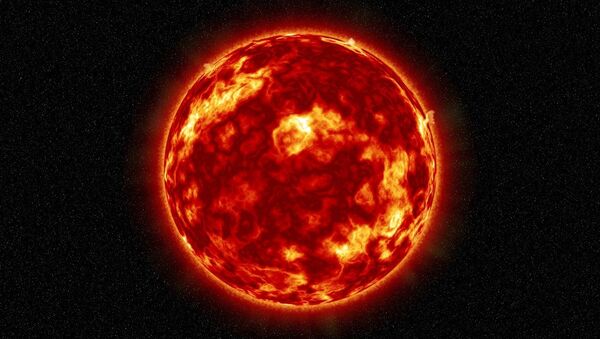 CC0 / Pixabay /
Subscribe
NASA said that it has plans to test whether very low frequency transmissions in the upper atmosphere could help protect Earth from solar storms.

Secrets of Ceres: NASA Takes Photos of Dwarf Planet’s Mysterious Bright Spots
WASHINGTON (Sputnik) — A discovery that very low frequency (VLF) radio waves used to communicate with submarines may have unintentionally reshaped the Van Allen belt in deep space has prompted plans to test whether VLF transmissions in the upper atmosphere could help protect Earth from solar storms, according to a press release by the National Aeronautics and Space Administration (NASA).

"Plans are already underway to test VLF transmissions in the upper atmosphere to see if they could remove excess charged particles — which can appear during periods of intense space weather, such as when the sun erupts with giant clouds of particles and energy," the release stated on Wednesday.

The idea originated with a discovery that Van Allen belts, a collection of charged particles held in place by the Earth's magnetic field have moved further from earth since 1960 due to a layer of VLF radio energy that originated from powerful transmitters used to communicate with submarines under water, the release explained.

"A number of experiments and observations have figured out that, under the right conditions, radio communications signals in the VLF frequency range can in fact affect the properties of the high-energy radiation environment around the Earth," the Massachusetts Institute of Technology Haystack Observatory’s Assistant Director Phil Erickson said in the release.

With further study, VLF transmissions may serve as a way to remove excess radiation from the near-Earth environment, the release noted.