China, UAE Pursue Military Cooperation in Light of One Belt, One Road Initiative 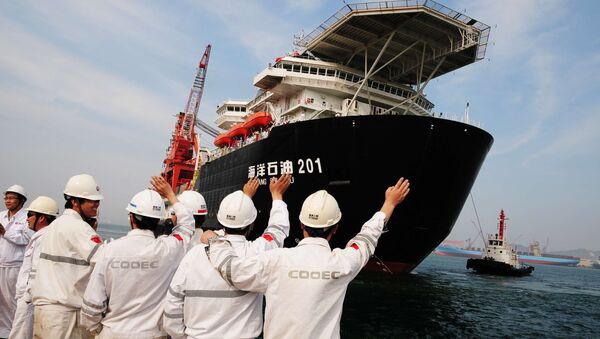 © AFP 2022
Subscribe
The oil-rich UAE and energy-hungry China confirmed they will promote security for one another after top diplomats met in Beijing on Wednesday.

The relationship between the two nations’ armed services has progressed “rapidly” in recent years, the People’s Liberation Army said in a statement Wednesday.

The United Arab Emirates is considered a vital strategic partner for China, according to Fan Changlong, vice chairman of China’s Central Military Commission. China has also been seeking financial and diplomatic partners for its One Belt, One Road Initiative, which revives the ancient Silk Road’s trade routes to create commerce corridors that could put China at the economic center of the world.

Fan stressed that there have been frequent, high-level visits between the two militaries and that cooperation and trust are deepening across the board, a trend China hopes to push forward. Beijing will work with Abu Dhabi to strengthen cooperation within the framework of Belt and Road, to both sides’ benefit and to build on the countries’ bilateral relations, he said.

A forum for international cooperation on the Silk Road economic belt and maritime Silk Road was held in Beijing on May 14 and 15, Xinhua reported.

China and Pakistan, another major recipient of One Belt, One Road infrastructure funds, have also recently intensified their military cooperation, both in defending the trade routes and in other technological development. The pair recently teamed up to build, and sell, a JF-17B Thunder jet. The first jet to take flight has already been sold to a foreign buyer, Sputnik reported.

Minister of State Sultan Ahmed al-Jaber said the UAE “strongly supports” One Belt, One Road. China and the UAE have increased trade 800-fold since establishing formal ties in the 1980s: “from $63 million in 1984 to over $50 billion per annum in 2016,” al-Jaber recently wrote in an article for Xinhua.

The UAE ships out almost $150 billion worth of goods and services annually, according to MIT data.

And as of 2014, the UAE possessed 98 billion barrels of proven oil reserves, the Financial Times reported.