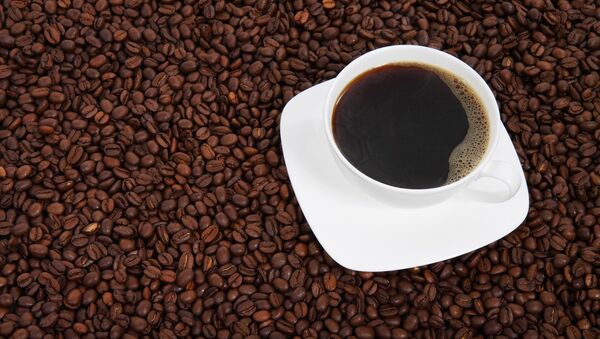 CC0 / Pixabay /
Subscribe
In April, an apparently healthy South Carolina teenager, Davis Allen Cripe, smashed back a Mountain Dew, a latte and an energy drink — and promptly died, due to a "caffeine-induced cardiac event." With people the world over ingesting more caffeine than ever, the chances of another unfortunate soul succumbing to a caffeine overdose are surely high.

Worldwide, 90 percent of adults consume the central nervous system stimulant daily, via tea, coffee, fizzy drinks and other beverages. Europe has the highest per capita coffee consumption in the world, with the European Union ingesting 2.5 million tons annually, or 725 million cups daily (4 kilos of roasted coffee per EU citizen per year).

Yet, caffeine overdoses are rare, resultant deaths even rarer. In fatality terms, caffeine is the safest legal high on the market. According to a medical review, there were a mere 45 caffeine-related deaths between 1959 and 2010. Experts say a lethal caffeine dose is between 5 and 10 grams — the average Starbucks coffee contains 340 milligrams of caffeine, so someone would need to drink between 15 and 30 of them before they risked perishing.

Much love for the Cripe Family. https://t.co/uciMa5Ufna

​What's more, caffeine has many health benefits. Studies suggest it boosts cognitive performance and short-term memory, and lowers the risk of cardiovascular disease and Type 2 diabetes. Some countries recommend drinking a few cups daily as part of a healthy diet.

Still, while Cripe's passing is a shocking, extreme case, caffeinated drinks are nonetheless a major medical concern. In the US, doctors have warned that adolescents should never consume energy drinks, and the number of individuals ending up in hospital after one too many cans of Red Bull and the like doubled between 2007 and 2011. Even exceeding 400mg per day, the EU's recommended maximum dose, causes disagreeable side effects — restlessness, insomnia, irritability.

​While many will be familiar with such symptoms, they're far from a harmless coffee corollary — they're symptoms of a quickened heart beat and disturbed blood flow, the first inklings of a potentially fatal caffeine hit. Were someone enduring this unpleasant trifecta to continue downing espressos, these prodromes would graduate to vomiting, abdominal pain, altered consciousness, and seizures — or, in Cripe's case, death.

The risk is greatly exacerbated by the stratospheric rise of energy drinks since the turn of the century. These beverages almost invariably contain more caffeine than coffee, making them much easier to overdose on than traditional coffee — and many contain other stimulants such as guarana and taurine. Drinking just 10 cans of a typical energy drink could be fatal, in theory.

​However, medical complications from energy drinks are apparently very rare. A 2017 study on caffeine overdoses found most instead involved caffeine in tablet or powder form, and concluded that deaths via caffeine rarely result from over-consumption of caffeinated beverages alone. Given caffeine powder is effectively pure caffeine — a single teaspoon is comparable to 28 cups of coffee — even small amounts can cause symptoms greatly more severe than those induced by having one too many helpings of tea.

​Cripe hadn't ingested any caffeine powder, as far as experts can tell — which raises the question of whether it really was the caffeinated cocktail that killed him. A cardiologist involved in the case said the amount of caffeine he would've absorbed from those three drinks alone was around 500mg, a tenth of a minimum fatal dosage. Perhaps the unfortunate young man suffered from unrecognized health issues — or conversely, a heightened sensitivity to caffeine. Individual genetic predisposition to caffeine varies wildly, just as with any other legal or illegal substance. Underlying health problems, as well as taking other medication or drugs, can stimulate adverse reactions to caffeine.

​Moreover, some have suggested it wasn't the amount of caffeine Cripe consumed that killed him, but the speed with which he consumed it — for reasons unclear, his entire caffeine meal was munched in under two hours.

Evidently, committed caffeine aficionados don't have much to worry about if they stick to coffee, tea, and the occasional energy drink, and restrain themselves from cavalier doses — and indeed mixing their intake with other stimulants. Furthermore, as caffeine sneaks its way into a voluminous amount of products, often quite unexpectedly, checking the label of a beverage, food or medication, is wise.