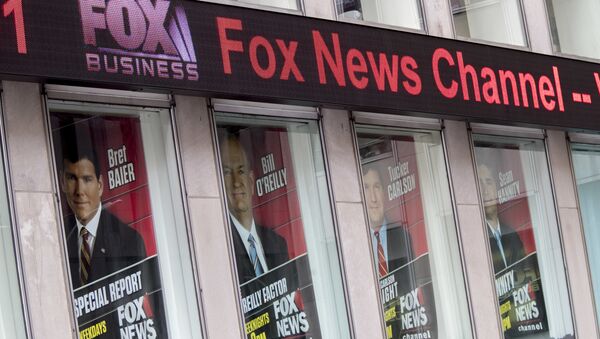 Fox News, a conservative cable TV network, couldn’t find anyone to stand up for Trump’s antics regarding the his relationship with former FBI Director James Comey – and it could be a sign that the dynamic between Trump and the GOP is the most tumultuous it’s ever been.

"We’ve tried tonight to get Republicans to come out and talk” about the Comey memo, but Fox could not find even one Republican lawmaker “willing to go on camera tonight,” Fox host Bret Baier said Tuesday.

Trump pressured Comey to drop the Bureau’s investigation into ex-National Security Adviser Michael Flynn, according to a memo allegedly written by Comey that a source told the New York Times about on Tuesday. The existence of the memo was later corroborated by other sources to other outlets. “I hope you can see your way clear to letting this go, to letting Flynn go,” Trump reportedly said.

When the White House announced that Comey had been let go from his position at the FBI, Trump’s surrogates cited a recommendation from deputy Attorney General Rod Rosenstein and US Attorney General Jeff Sessions as motivation for the move. Two days later, Trump left his surrogates out to dry when he stated he was determined to fire Comey “regardless of recommendation,” and that he had considered “this Russia thing” before making the decision.

Some analysts have argued that this sequence further deteriorated the trustworthiness of Trump’s media representatives. White House observers have also said Trump’s shifty maneuvers with the media demotivated establishment Republicans from defending him.

“They’ve just watched over the last 10 days, people who went out on a limb on the Comey firing and said it was result of the memo from the deputy Attorney General, and had their limb sawed off by Donald Trump himself without a flinch,” pundit Charles Krauthammer said.

Trump used the Tuesday’s events as fodder for a campaign fundraising email. “SABOTAGE,” the subject line said. “You already knew the media was out to get us. But sadly it's not just the fake news … There are people within our own unelected bureaucracy that want to sabotage President Trump and our entire America First movement," the email to Trump’s supporters began.