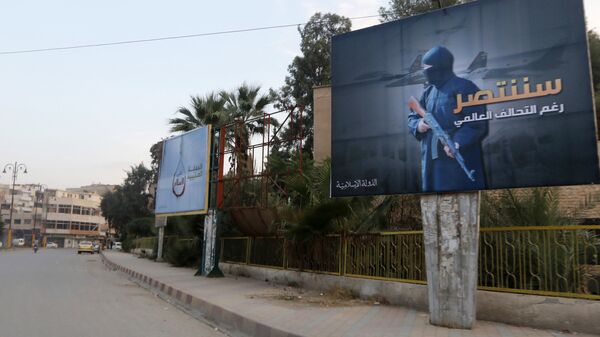 The fight against terrorism is not limited to military operations but includes the fight on social, economic, religious fronts and will not stop when terrorist strongholds in Syria and Iraq are liberated, NATO's Chairman of the Military Committee Gen. Petr Pavel said Wednesday.

BRUSSELS (Sputnik) — Pavel noted that it was important to distinguish between physical defeat of terrorists and triumph over their ideology.

"We do not understand terrorism only as Daesh… Countering terrorism is not just about defeating Daesh… This will be a long-lasting fight that will not end by taking Mosul and Raqqa. This fight will go on a much broader front, both military, but also economic, social, political, religious," Pavel told reporters.

US-Led Coalition Targets Daesh Bridge Near Raqqa as City Gets Isolated
The Syrian city of Raqqa and Iraqi city of Mosul have been two of the largest cities held by Daesh in the Middle East.