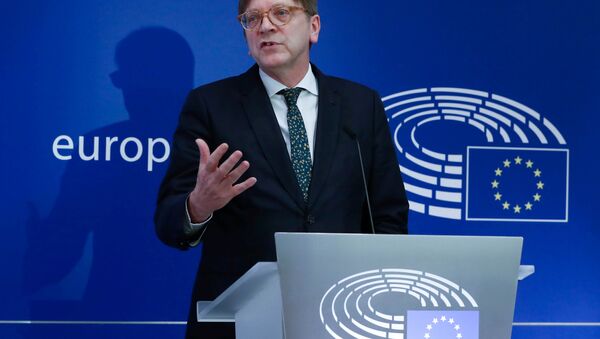 Guy Verhoftsadt - the lead Brexit negotiator for the European Parliament - has said the latest elections in Austria, the Netherlands and France showed how Europeans were "shocked" by the UK's decision to leave the EU, but that they had signaled the need for fundamental reforms, along the lines suggested by the leaders of Germany and France.

German Chancellor Angela Merkel gave her support for newly inaugurated French President Emmanuel Macron's calls for reforms of the EU, when they met in Berlin May 15. Although he had beaten the anti-EU party led by Marine Le Pen, he said he had a mandate for the reform of the EU. 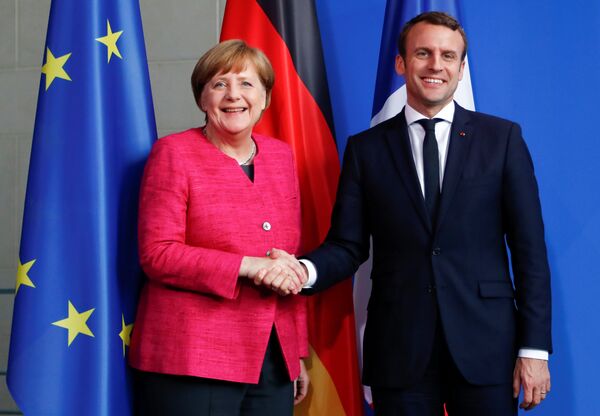 Despite fears that Britain's decision — in a referendum, June 23, 2016 — to leave the EU, would spark other countries to follow suit amid rising nationalism, the votes in elections in Austria, the Netherlands and France failed to return populist parties.

"It would be a mistake to put all our energy only in Brexit. We have to put at least as much energy into the reform of the European Union. Three times in a row, now the nationalists and populists have been beaten in Austria, the Netherlands and France," Verhofstadt told the European Parliament, May 17.

Austria, the Netherlands, France — three times in a row now the nationalists & populists have been beaten. Still, they are not defeated. pic.twitter.com/MnMNX9Gkej

"What's very clear is that the Austrians didn't what an Auxit, the Dutch didn't want a Nexit and the French didn't want a Frexit. They said: 'reform the EU? Yes. Leave the EU? No bloody way.' That was the message of the people of the EU today."

Reform Europe? Yes! Leave Europe? No bloody way. @GuyVerhofstadt on the defeat of populism in France, Netherlands and Austria

​"We cannot make the mistake of saying populism and nationalism have been defeated. I have heard this all too often in European circles. I think the one mistake we cannot make is to think that people voted for [French President Emmanuel] Macron for the status quo and not for change. They voted for a radical change in France and also in Europe," said Verhofstadt.

Merkel told Macron that she was not against treaty change in order for reform of the EU as he pressed his case for a strengthening of the eurozone single currency area, with its own budget and finance minister.

"The best thing to do is to back his reformist agenda with a new euro budget, with a new minister of finance for the euro, with a euro treasury with euro investment bonds that he is proposing. I was relieved to hear the positive reaction from Berlin. A reaction a little bit different from the 'nein, nein' nein' reaction of [German finance minister] Wolfgang Schauble and of a lot of the German press since the arrival of Macron."

​[Twitter: We put away feelings of refusal, of revenge. We take the opportunity for #UE stronger, more efficient, and recovering confidence]

However, Raffaele Fitto, vice chair of the European Conservatives and Reformists Group, said that treaty change was not enough, calling for "less Europe, more flexibility " under any reform initiative.

"I think we should ask ourselves why millions of British citizens — Dutch and French citizens as well — felt it was necessary to vote in such an anti-European way. That is the questions we have to ask ourselves. It's not enough to continue business as usual. People want change," said Fitto.

"It's about taking the opportunity of the negotiations between London and Brussels to reflect on where the EU is going. We need to see in which direction the treaties need to be changed. If the direction is less Europe, more flexibility, more tax competition, more respect for national parliament, then I think that's the right approach.

"If however, the direction, once again — as we fear — is for more Europe, more rigidity, more tax harmonization, more imposed from top-down from Brussels, that would be imperiling our future," he said.