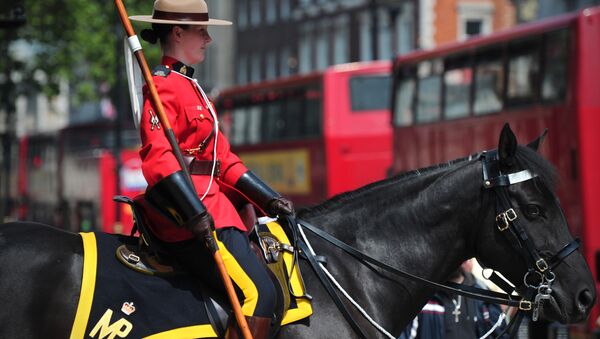 The Canadian RCMP watchdog agency Civilian Review and Complaints Commission (CRCC) has released a new report accusing the law enforcement branch of not adhering to its own principles and being incapable of regulating its "dysfunctional" behavior.

Elderly People Outnumber Children in Canada for the First Time Ever

"If the last 10 years, over 15 reports and hundreds of recommendations for reform have produced any lessons, it is that the RCMP is not capable of making the necessary systemic changes of its own accord," stated the CRCC report, according to the Toronto Star.

An increase in civilian oversight into the RCMP has been on the books since 2007, but previous Conservative administrations have either blocked or bypassed the calls.

Now the National Police Federation — the union representing RCMP employees — has urged the administration of Prime Minister Justin Trudeau to form a joint management board, in an effort to strengthen civilian management oversight into the force.

Trudeau's Liberal administration appears to be open to making the necessary changes, as reported by the Toronto Star.

Alongside the CRCC report, Canada's Minister of Public Safety Ralph Goodale posted a separate report — in which the law enforcement branch received poor grades — documenting an investigation into how the RCMP handled harassment complaints made by female employees within the workplace.

One of the public safety report's authors, former auditor general Sheila Fraser, stated, "I believe that the RCMP would truly benefit from the external expertise that the board members would bring in the overall management of the force."

The CRCC report went straight to the point, stating, "The time has come for the federal government to take responsibility to effect substantive changes to the organization by modernizing and civilianizing key aspects of the RCMP's administrative management and oversight."

Goodale affirmed that he and Prime Minister Trudeau are "strongly committed to whatever action is necessary to help RCMP members, trainees and employees feel safe and respected amongst their colleagues and supervisors."

"We can and we must do better, as these reports make all too clear."