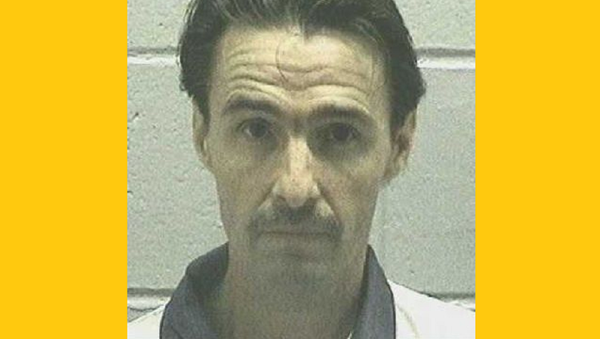 © Georgia Department Of Corrections/Handout
Subscribe
International
India
Africa
A Georgia death row inmate’s appeal to postpone his execution and instead compel the state to use a firing squad has been rejected by the court.

Death row inmate J.W. Ledford Jr., 45, had filed an appeal to postpone his execution, scheduled for Tuesday, in an effort to force the state to use a firing squad instead of lethal injection, which he believes will be more painful.

Harsh Georgia Law Allows Execution of Inmate Despite His Mental Disability
Ledford has been on death row for 25 years for the robbery and murder of Dr. Harry Johnston, then 73, by slitting his throat so badly that Johnston’s head was nearly detached from his body.

The lawyers representing Ledford argued that the drug he takes for nerve pain would cause an “excruciating death” when mixed with pentobarbital, the drug used for the state’s lethal injections.

Georgia does not use firing squads for executions.

On Monday evening, the US Court of Appeals for the 11th Circuit ruled that the appeal was simply a tactic to delay the execution.

“Ledford’s attorneys said in their filing that years of taking a drug for nerve pain changed his brain chemistry, which means pentobarbital will not reliably render him unconscious and insensate. They said its use would violate constitutional protections against cruel and unusual punishment,” Reuters reported.

Ledford’s lawyer has stated that he will now be appealing to the Supreme Court.