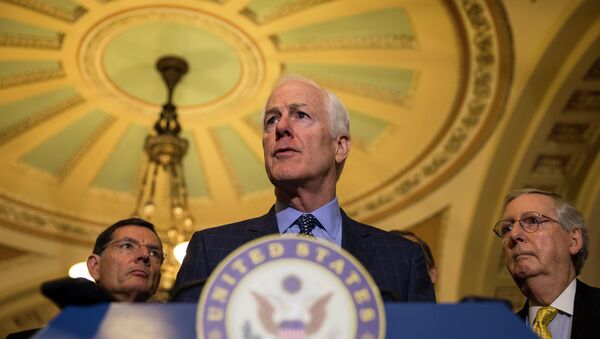 Member of the US Senate Intelligence Committee John Cornyn announced on Tuesday that he is not interested in serving as the next director of the Federal Bureau of Investigation (FBI).

Trump Says Search for New FBI Director 'Moving Rapidly'
WASHINGTON (Sputnik) — Last Tuesday, Trump fired Comey and said in several subsequent interviews that he had decided to remove him months ago despite an initial explanation that cited a letter from Deputy Attorney General Rod Rosenstein criticizing Comey's handling of the Hillary Clinton private server and email scandal during the 2016 election.

"I’ve informed the Administration that I’m committed to helping to find such an individual, and that the best way I can serve is continuing to fight for a conservative agenda in the US Senate."

Cornyn, who interviewed for the job on Saturday, was considered for the position after Trump terminated former FBI Director James Comey on May 9.

On Monday, US President Donald Trump said the search for a new director of the Federal Bureau of Investigation (FBI) is making progress quickly.