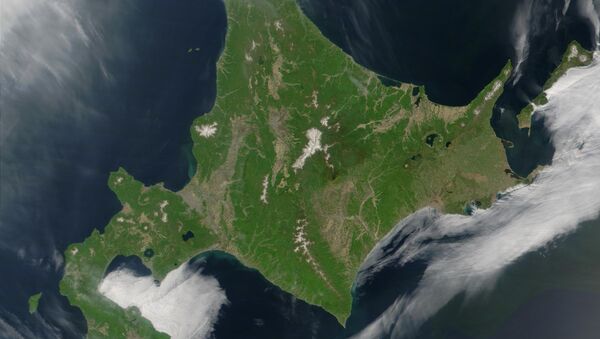 A LR-2 reconnaissance aircraft from the Japan Air Self-Defense Force (JASDF) has crashed on the Hokkaido Island with 10 people suspected on board, local media reported Monday.

TOKYO (Sputnik) — The aircraft’s debris were found near the dam in Assabu, a town in the island’s southern region. The plane was flying to the nearby city of Hadodate from the island's Okadama airport in Sapporo with an ambulance patient before disappearing from the radars, the NHK broadcaster reported.

According to the broadcaster, the LR-2 aircraft is a turboprop plane with a crew of 10 people used for emergency transportation of patients as well as for the aerial observation and reconnaissance.