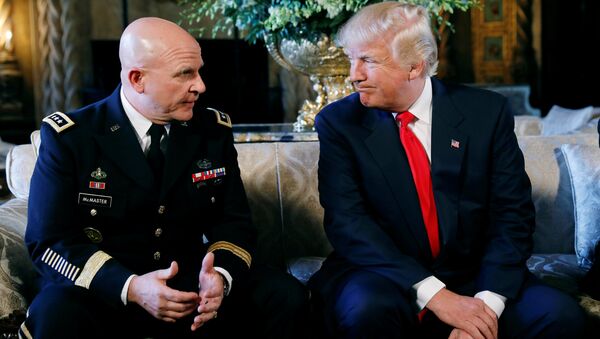 This is hardly the first time the paper, which claims "Democracy Dies in Darkness," has shined a light on something that never happened.

"The story that came out tonight is false," McMaster said.

"I was in the room, it didn't happen," the National Security Adviser said.

"At no time" were intelligence methods or assets discussed during the meeting, McMaster added. Nothing Trump said constituted information that was not previously publicly known, according to the general.

The Post previously reported that Russian hackers breached the electric grid in Vermont. That story also turned out to be false, and Post reporters skipped a basic practice in journalism to verify with utility officials that a breach had occurred.

What's more, WaPo has led the "fake news" brigade, publishing the names of sites in an attempt to blacklist them from public trust. These included Sputnik News, TruthOut, Zero Hedge, the Drudge Report and WikiLeaks. The Post ran a correction later on stating that "The Post… does not itself vouch for the validity of PropOrNot's findings regarding any individual media outlet."

On multiple occasions, the Post has resorted to apologizing to limit the embarrassment of their explosive and incorrect reporting. Nevertheless, even though they incorrectly predicted that Trump was doomed in the general election, their antagonistic, negative approach to the president has never ceased.

One would think that after so many miscues and failed forecasts they would at least corroborate the information they reported with independent accounts verifying a particular conclusion.

US Secretary of State Rex Tillerson also said that "sources, methods or military operations" were excluded from the conversation with Kislyak and Lavrov.

In sum, three high-level White House officials have said the Washington Post report is off the mark. These accounts should "outweigh anonymous sources," McMaster emphasized.