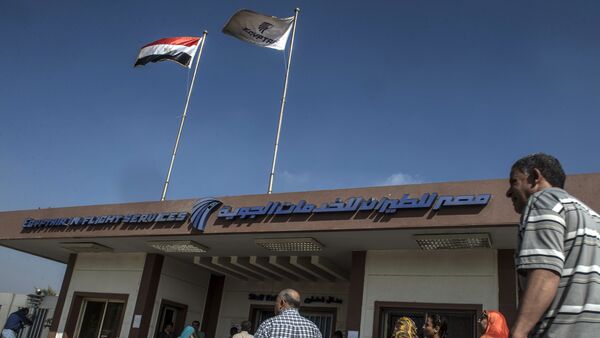 The Egyptian authorities have not invited Russian experts to visit the country in May to check the aviation security in Egyptian airports, Russian Transport Minister Maxim Sokolov said Sunday.

BEIJING (Sputnik) — Answering the question, whether Cairo had invited Russian aviation security experts to visit Egypt in May, Sokolov said that "there was no invitation."

Egypt President Orders Army to Ensure Security of Vital Infrastructure
On Saturday, a source in the Egyptian Ministry of Civil Aviation told Sputnik that Cairo was finishing the fulfillment of the Moscow's recent requirements aimed at improvement of security in the Egyptian airports and expected the visit of the Russian experts to check the undertaken steps. The source added that the issue of invitation of the Russian delegation to check the measures in all the airports would be discussed.

The source added that Russia had proposed permanent presence of safety specialists in the Egyptian airports accommodating the flights from Russia but this proposal had not not been approved. According to the source, Egyptian authorities consider that the presence of Russian specialists in the country's airports is the issue related to the Egyptian sovereignty and therefore is not possible.

"We have no the official information that Cairo was against the presence of the Russian specialists," Sokolov said.

Egypt Security Expert Calls for More Comprehensive Anti-Terrorist Measures
Russia has carried out a series of security checks at Egyptian airports after a crash of a Russian passenger plane that exploded soon after it took off at the Sharm El-Sheikh airport in October 2015.

The Airbus A321 crash over the Sinai desert killed 224 people aboard. The Russian Federal Security Service (FSB) classified the air disaster, the deadliest in Russian and Soviet history, as a terrorist attack.

Russia grounded flights to and from Egypt in November 2015.