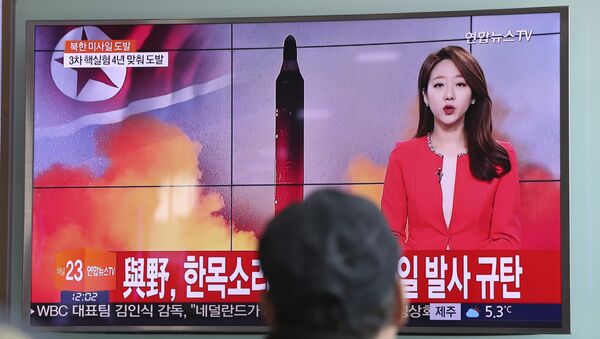 Japanese Defense Minister Tomomi Inada suggested that North Korea could have launched a new type of missile on Sunday, as the projectile reached an altitude of over 1,200 miles.

TOKYO (Sputnik) — Japan considers that a presumed altitude of the missile, launched by North Korea on Sunday, amounted to over 2,000 kilometers (1,242 miles), Inada said.

"We consider that the missile flew at the altitude exceeding 2,000 kilometers. It could be a new type of missile," Inada said at a press conference in Tokyo.

Earlier in the day, media reported citing the South Korean Joint Chiefs of Staff that Pyongyang had launched an unidentified missile, presumably a ballistic one, in the vicinity of Kusong, North Pyongan Province, which flew about 430 miles and fell in the Sea of Japan.