Fox in the Henhouse? Trump May Dump Bush-League Spicer 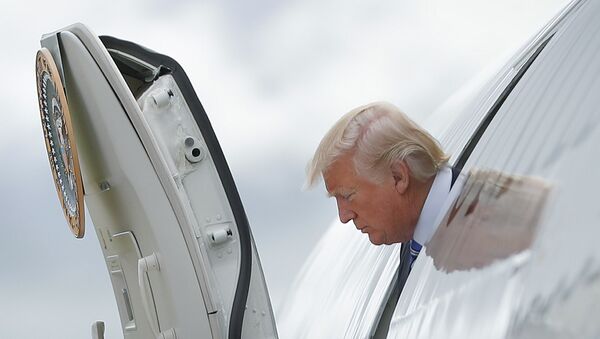 According to a report by the Associated Press, Trump is considering enlisting the aid of Fox News after his own White House media relations team consistently contradicted itself in justifying the sudden firing of Comey.

Amateur Hour? Even Some Republicans Are Mad at How Comey Firing Was Handled

After contradictory statements from the White House resulted in widespread condemnation for the move from Republicans and Democrats, Trump, who claimed responsibility for Comey's firing, aimed his frustration at his communications team.

As leaks from White House staffers have expanded in the wake of the ouster, the unnamed Trump administration source affirmed that "the White House's explanation changed dramatically over a 48-hour period."

Though Trump appeared to defend his team, saying that as an "active president," "perfect accuracy" would be too much to expect from his staff, he has apparently not been pleased with the results.

White House Press Secretary Sean Spicer has come in for particularly vicious attacks from Trump, according to two White House sources cited by AP. Trump, observing a backlash in the media and from Capitol Hill against the confusion, has reportedly been discussing replacing Spicer and the whole team with staff from his favorite news network.

"If the propaganda ‘destroy-Trump' media — if they're gonna smear and slander him and his administration and his family and lie about facts and what he's done, why bother," Hannity said.

"Why waste the energy," Hannity added, "trying to appease people who obviously hate his guts and want to destroy him?"

According to the AP report, sources within the Trump administration that enjoy personal contact with the president assert that he "increasingly sees himself as the White House's only effective spokesperson."