What's Behind Trump's Striking Back at Washington's 'Russophobes' 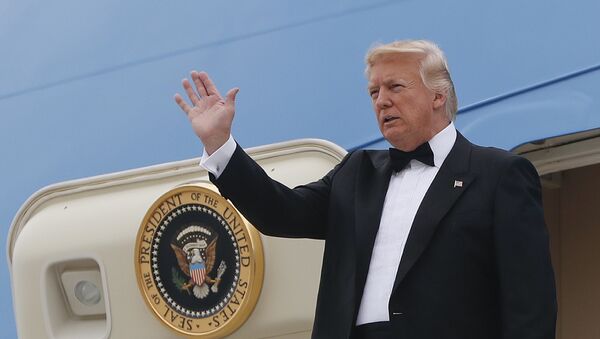 © AP Photo / Pablo Martinez Monsivais
Subscribe
US President Donald Trump strikes back at Washington's Russophobes, Russian economist Ivan Danilov wrote for RIA Novosti, adding that, nevertheless, the US and Russia have a long way to go before they can reach a long-anticipated détente.

Comey's Dismissal: 'A Long-Dwelling Swamp Creature Cannot Drain the Swamp'
Washington's Russophobes have fallen out of favor with US President Donald Trump, Ivan Danilov, Russian economist and author of the popular Crimson Alter blog, notes adding that it doesn't automatically mean the end of the anti-Russian propaganda campaign in the US.

Referring to FBI Director James Comey's dismissal Danilov noted that since it coincided with the visit of Russian Foreign Minister Sergey Lavrov in the US, some viewed it as a sort of "sacrifice" for the sake of normalization of Russo-American relations.

They note that it was Comey who conducted an investigation into alleged Russian "interference" in the US presidential election and Trump's suspected ties with Moscow.

However, according to the Russian blogger, Comey's firing has nothing to do with the "Russian investigation" especially given the fact that no credible evidence have yet been presented to confirm Moscow's alleged involvement.

The crux of the matter is that Trump needs to maintain control over at least one US intelligence agency, Danilov assumed. 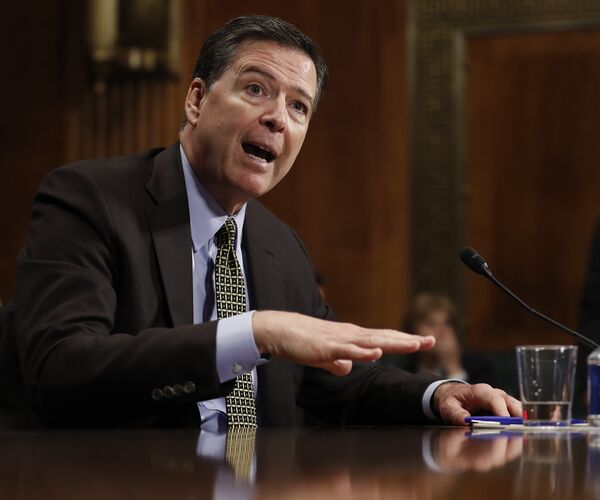 Citing the Guardian, the economist called attention to the fact that unlike their chief ordinary FBI operatives fully supported Trump and even sabotaged the attempts to investigate the so-called "Russian traces" in the US 2016 elections.

"The FBI is Trumpland," an FBI agent said in November 2016 as quoted by the media outlet.

Having appointed a new FBI chief the US President is likely to take control over the agency.

But that's only half the story, Danilov says: it was reported recently that National Security Adviser Lt. Gen. H.R. McMaster had fallen out of favor with Trump. 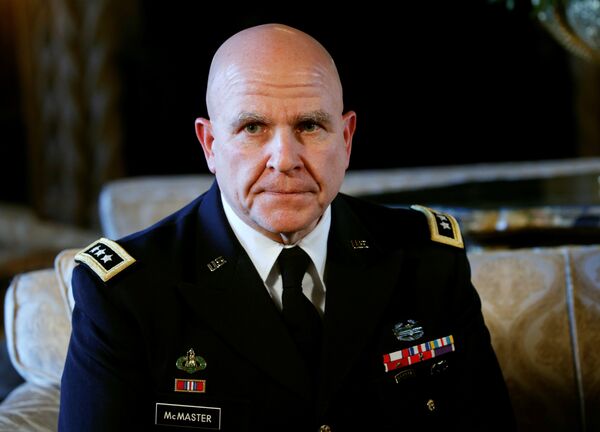 For his part, Bloomberg's Eli Lake shed light on the controversy simmering between Trump and his national security adviser.

"McMaster's allies and adversaries inside the White House tell me that Trump is disillusioned with him. This professional military officer has failed to read the president — by not giving him a chance to ask questions during briefings, at times even lecturing Trump," Lake elaborated.

Perhaps, McMaster's statement that Trump's threat to make Seoul pay for a new missile defense system was not Washington's official policy has become the last straw.

"Trump screamed at McMaster on a phone call, accusing him of undercutting efforts to get South Korea to pay its fair share," Lake reported citing White House officials.

House of Cards: Is Assange Right About Hillary Clinton's Plot Against Trump?
Danilov believes that the trigger point for Trump's "advance" was the Federal Reserve's decision to substantially increase interest rates. Back in February 2017, Shawn Tully of Fortune warned that interest rate hike "threatens to scuttle the President's pledge to restore American growth to heights unseen since well before the Great Recession."

"The American president, as well as sponsors of his presidential campaign and his inner circle, could have come to the conclusion that they are being pushed toward a catastrophic scenario that needs to be 'broken down' urgently," Danilov wrote.

In accordance with this purported scenario, the US political establishment is going to place responsibility on Trump for the US' potential economic and financial crisis, as well as unpopular wars, including in Syria, Iraq, North Korea and, perhaps, even in Afghanistan, the Russian blogger assumed.

"Obviously, if this scenario works, there would be no second term for Trump, and Hillary Clinton or the US establishment's other candidate would triumphantly win the next election," Danilov explained.

According to the blogger, to tackle the problem Trump needs an all-out house-cleansing in the White House.

The question then arises as to what the protracted "war" between Trump and the US establishment means for Russia. Danilov predicted that it is unlikely that this political infighting will finally result in the US-Russian détente, given the fact that Trump and his team are willing to use "the Russian card" to attack the previous administration and most notably, Hillary Clinton.

That means that there still will be bumps in the Russo-American relationship's road, the blogger remarked.

Still, every cloud has a silver lining.

"After talks with US President [Trump] [Russian Foreign Minister] Sergey Lavrov expressed cautious optimism, which may be a sign that the US side is ready to recognize the need for cooperation with Russia, despite the accompanying image problems," Danilov stressed.