More in US Disapprove Than Approve of FBI Chief’s Dismissal, Poll Reveals 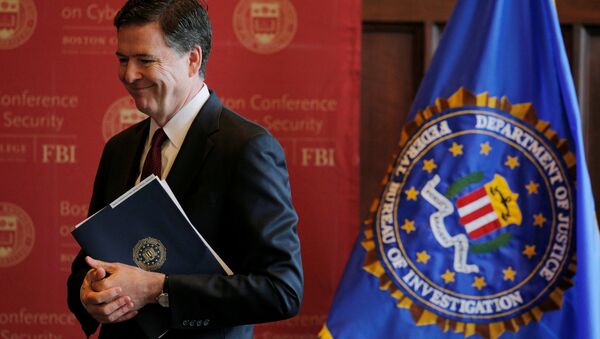 MOSCOW (Sputnik) — Trump said Tuesday he had fired Comey on the recommendation of Attorney General Jeff Sessions and Deputy Attorney General Rod Rosenstein, saying he was unable to lead the Bureau effectively.

US House Democrats Request Trump-Comey Dinner Tape Turned Over to Congress
The Gallup survey, carried out on May 10-11, discovered that 46 percent of respondents disapproved of the firing and 39 percent approved, while the rest expressed no opinion.

The negative sentiment was greater than the last time an FBI director was sacked. In 1993, 44 percent of US nationals approved and 24 percent disapproved of Bill Clinton's removal of William Sessions over misuse of government property.

The pollster suggested the context of the sacking might have played a role. Trump said initially Comey’s handling of the FBI inquiry into Hillary Clinton’s email server was the reason for the decision but then claimed it was because the director had lost the trust of his staff and also because he was acting like a "showboat."