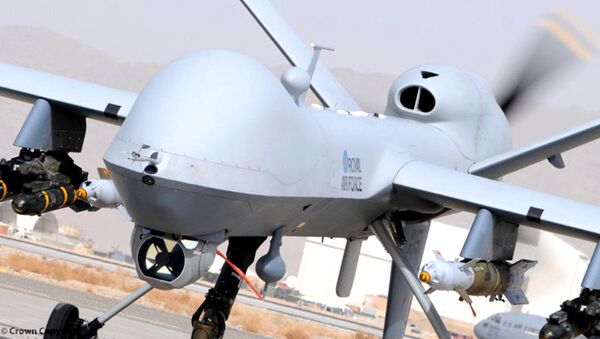 This week, the Pentagon confirmed that the US's MQ-9 Reaper drones have been equipped with the new 500-pound GBU-38 GPS-maneuvered aerial bombs. Speaking to Radio Sputnik, military expert Alexei Leonkov explained that this wasn't actually any sort of breakthrough technology, and that Russia already has systems deployed which are much more accurate.

Speaking to Military.com, a Pentagon official confirmed that the GPS-maneuverable GBU-38 had been deployed aboard the Reaper drone, and undergone live testing by being dropped on the enemy in the US's campaign of airstrikes against Daesh (ISIL/ISIS) in Iraq and Syria.

The New Predator: US Reaper Drones Get New 500-Pound Bombs
The Pentagon expects the use of GPS technology on its drone munitions to substantially increase their accuracy, and to allow them to be used in all weather conditions. The GBU-38 is also said to be substantially cheaper than the AGM-114 Hellfire and the GBU-12 Paveway II laser-guided munitions.

Thus, military publication Scout Warrior wrote that the US Air Force had "made history" with the successful testing of the weapon, "vastly widen[ing] the attack envelope, target set and mission scope for its workhorse drone."

But according to Alexei Leonkov, a senior military analyst who works as commercial director for Arsenal of the Fatherland, a respected Russian military publication, the Pentagon has turned the testing of its GPS-enabled bomb into a noisy public relations campaign. 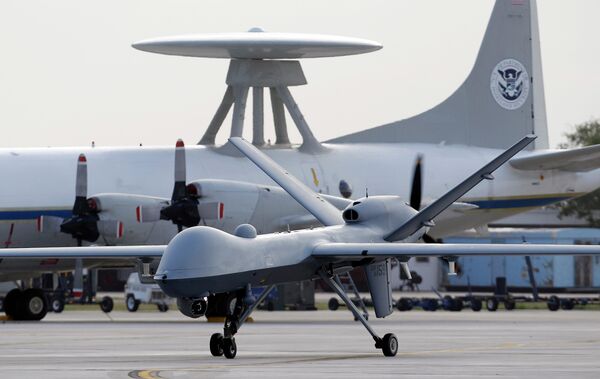 "The GBU-38 is not exactly cheap," Leonkov said, speaking to Radio Sputnik. "When you add 'brains' to these bombs, it makes them more expensive, not cheaper. PR campaigns are often noisy; they turn ordinary news into mega-news. But in this case there is more PR than any real innovation."

"This isn't exactly new technology," the expert added. "The US has had its JDAM [Joint Direct Attack Munition] program since the 90s, when conventional bombs were turned into high-precision munitions."

"NATO used these bombs for the first time in Yugoslavia, and then in Iraq and Afghanistan. After that they began to equip the bombs with laser-guided homing guidance heads. In this way, the cost of a conventional bomb grows to $70,000; that is, the munition becomes more expensive." 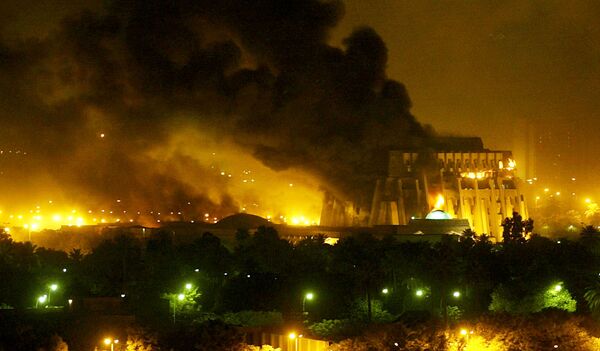 Furthermore, Leonkov stressed that Russia already has guided weapons systems that are even more promising.

"Our Su-24 all-weather attack planes are equipped with the SVN-24 navigation and target acquisition system, which calculates all the parameters [of a bomb's trajectory], turning a conventional bomb into a precision munition. This system showed itself to be very accurate in Syria, where our Aerospace Defense Forces have been bombing Daesh targets." 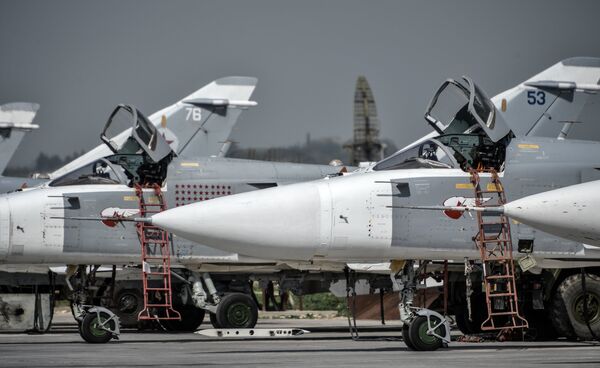 In fact, Leonkov noted that the Russian targeting system is even more precise than the latest US achievement. "The US bomb shows an average circular error probable of about five meters. Our bombs have shown a deviation of only about one meter; that is, they hit their target with pin-point accuracy. The work of these systems has been so successful that the [SVN-24] system is being installed about Tu-22M3 strategic bombers, and is being considered for installation aboard the Tu-95 and Tu-160 strategic bombers as well."