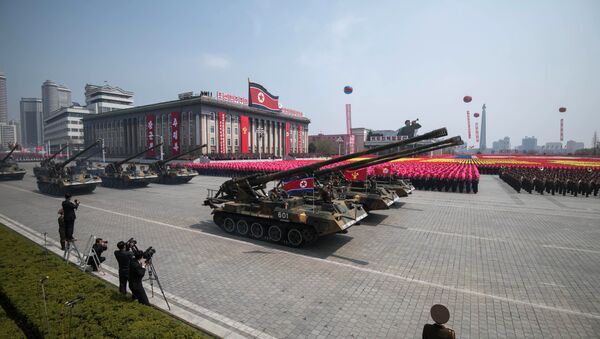 North Korea has again said it would be willing to meet with representatives from Washington if certain conditions were met, as the country's UN delegation argues against sanctions levied against it.

Speaking with reporters at Beijing Capital International Airport on Friday, Director General of North Korea's Foreign Ministry's North America Bureau Choe Son-hui offered that Pyongyang would be willing to hold "dialogue under [the] right conditions" with the US.

The country has said in the past that it wishes to have high-level bilateral talks with the US; the US has always stipulated preconditions for such talks be met.

After leading a North Korean delegation to meet in Oslo, Norway, with a group of US foreign policy experts from the New America think tank, Choe made her remarks at China's largest airport while transiting to Pyongyang, according to Yonhap.

The North Korean mission had been appealing to the UN to prevent additional sanctions from being levied on the increasingly isolated country.

In a statement to the press, Choe's delegation said, "The US raises its voice before the [UN] member states, claiming that many countries are not fully engaged in implementation of the 'sanction resolutions' against the DPRK and even intimidating others into the implementation, openly threatening that member nations would be faced with 'strong measures of sanction' if they do not implement or show less interest in fulfilling their obligation to implement the 'sanction resolutions.'"

As the economic screws are tightened on North Korea by the West, the administration of US President Donald Trump directed US Secretary of State Rex Tillerson to seek additional suspensions and limits on diplomatic relations with Pyongyang by UN member states, even suggesting the implementation of boycotts on North Korean restaurants. Seoul has apparently instructed its citizens to avoid North Korean restaurants abroad.

Pyongyang argued that it would be a ridiculous move to expand the sanctions to include restaurants sponsored by North Korea, even though those business establishments are known to send significant amounts of cash back home.

"It will be only a laughing stock of the international community that with hysteria about sanctions, the US has mistaken even ordinary restaurants run by [North Korea] abroad for nuke or ballistic rocket manufacturers," said the KCNA statement, cited by Yonhap.

The country also complained of "crazy hostile acts" by the US under the guise of countering North Korea's weapons program, calling them "designed to trample down the sovereignty of" North Korea.