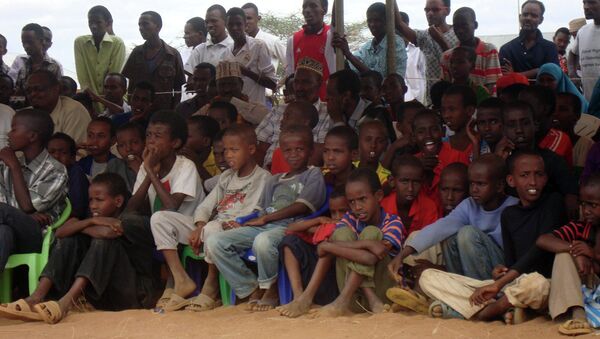 UN Chief Calls on Int'l Community to Allocate Another $900 Mln for Somalia
WASHINGTON (Sputnik) – An additional $91 million is needed to care for more than 2 million Somali refugees in neighboring Ethiopia, Kenya, Yemen, or displaced inside Somalia, the UN Refugee Agency (UNHCR) announced in a press release on Friday.

"We are seeking some $488 million to provide continued support to displaced Somalis in 2017," UNHCR spokesperson Andrej Mahecic stated in the release.

In addition to refugees displaced by an Islamist insurgency, the nation faces a devastating drought that has displaced 683,000 inside Somalia since November 2016, the release explained.