Russian Army's Most Combat-Ready Formations to Be Designated 'Shock Troops' 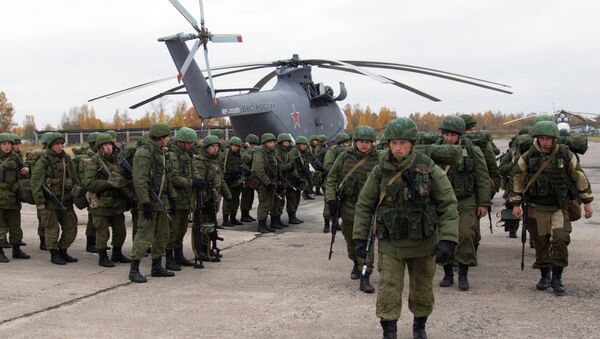 Russia's most battle-worthy army units will soon be given the 'shock troops' designation, and will receive their own distinctive heraldry, Lieutenant-General Ivan Buvaltsev, head of the Main Administration of Combat Training of the Russian Armed Forces, has confirmed.

Best of the Best: Military Hardware Showcased at Victory Day Parade in Moscow
In a recent article for Krasnaya Zvezda ('Red Star'), the official newspaper of the Russian Ministry of Defense, Buvaltsev wrote that in addition to the designation, the new shock units will receive their own distinctive heraldic sign.

According to the officer, 78 units, subunits and formations are currently being considered for the 'shock unit' title. Buvaltsev added that the title may be given to forces including motorized rifle troops, tank units, marines, airborne, air assault and other units and subunits.

Later this month, the selected units will undergo checks from a Defense Ministry commission, after which a final decision on whether or not to confer the 'shock unit' designation will be made.