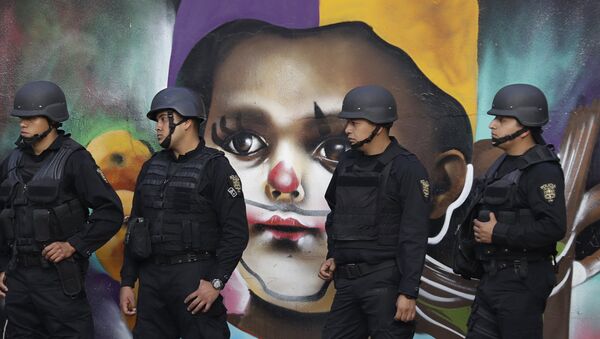 © AP Photo / Rebecca Blackwell
Subscribe
The Mexican government has said the figures used in a report which portrayed Mexico as the second most deadly conflict zone in the world are "incorrect." But their criticism comes as a businesswoman who had been campaigning on behalf of victims in Tamaulipas state is herself murdered.

The International Institute for Strategic Studies' (IISS) Armed Conflict Survey 2017, which was published May, claimed Mexico had the highest number of deaths in "conflict" of any country, barring Syria.

But the Mexican government has hit back and said the survey "used statistics from unknown sources, includes evaluations based on uncertain metholodogies and applies legal terms incorrectly."

The Mexican Interior Ministry put out a statement which said the IISS's conclusions about Mexico were "unfounded."

But only hours after they hit back it was reported that Miriam Rodriguez Martinez, who had been campaigning on behalf of the families of around 30,000 people who have disappeared in Mexico, had herself been gunned down.

A #Mexican Bsinesswoman #MiriamRodriguezMartinez who Headed aGroup of 600 Families Searching for their Disappeared Relatives has been Killed pic.twitter.com/N8DslFZsoT

"Mexico has become a very dangerous place for those who are bravely dedicating their lives to the search for the disappeared.

"The violent killing of Miriam Rodríguez must be independently, impartially and comprehensively investigated. Serious measures must be taken to defend those searching for their loved ones," said Amnesty International Director Erika Guevara-Rosas.

"The nightmare which they face not knowing the fate or whereabouts of their relatives and the dangers they face while carrying out their work, which they undertake due to the negligent response from the authorities, are alarming."

The Mexican government had earlier said the IISS report:

They go on to say:

"Violence related to organized crime is a regional reality that goes beyond the borders Mexico shares with the United States, Guatemala, and Belize, among many other countries. The challenges Mexico faces in this area cannot be seen in isolation from related challenges in other jurisdictions, such as arms trafficking and the demand for drugs."

British-born crime reporter and author Ioan Grillo, who has lived in Mexico for 16 years, said he had some sympathy with the Mexican government's position.

"The total number of homicides cited by the IISS is not the same as the figure from the Mexican police, which is 20,824," Grillo told Sputnik.

He said that figure would also include thousands of killings which were linked to domestic violence, drunkenness or simple criminality, rather than "conflict."

It's good Mexico has appointed a new special prosecutor for crimes against journalists. Lets see if Ricardo Sánchez can deliver justice.

Grillo has traveled all over Latin America and his most recent book, Gangster Warlords, contains chapters about violent gangs in Mexico, El Salvador, Brazil and Jamaica.

He said he was shocked that there was no mention of Brazil in the IISS report.

"Brazil has a higher body count. They have around 50,000 homicides a year there," Grillo said.

But he admitted drug gangs, such as the Sinaloa Cartel, Los Zetas and the Knights Templar in Michoacan were causing havoc in Mexico.

Joaquin Guzman, the Sinaloa Cartel boss better known as El Chapo, was extradited to the US in January. 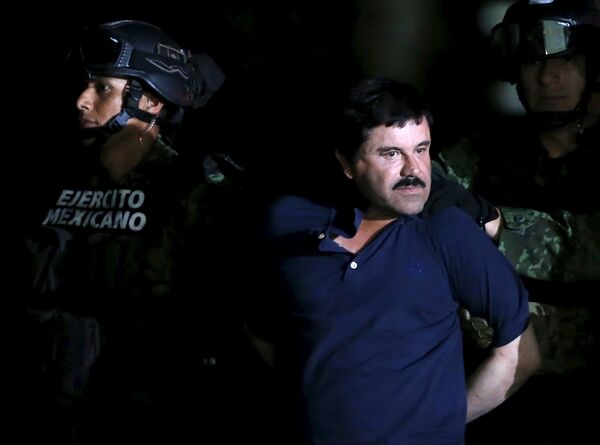 Those who fall foul of the cartels suffer horrific violence, Grillo said.

"There is in Mexico an enormous problem with violence. The conflict in Mexico and Latin America is that there is a blurred area between crime and war.

"I have personally been to a scene where 49 bodies had been decapitated and their feet and hands cut off," Grillo told Sputnik.

He said President Enrique Pena Nieto, who was elected in 2012 having promised to reduce the violence, was extremely unpopular, with approval ratings as low as 12%.

Grillo said this was partly due to the sluggish economy and also the endemic corruption, which was often linked to the narcos.

In January, Pena Nieto canceled a trip to the US because of the continuing row with President Trump over his notorious wall. 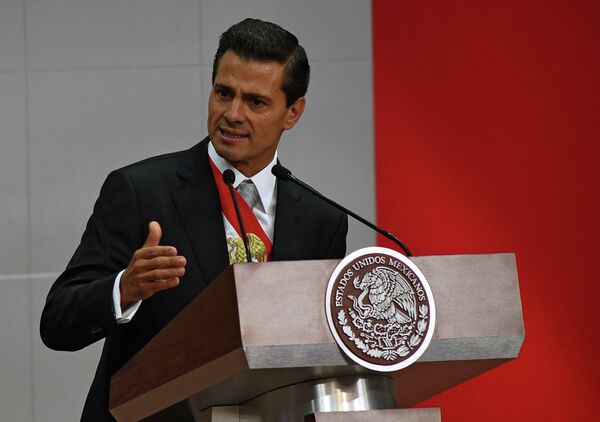 Mexico faces presidential elections next year and Grillo said: "People are still looking for a political leader who can stop the violence. They are quite fatalistic."