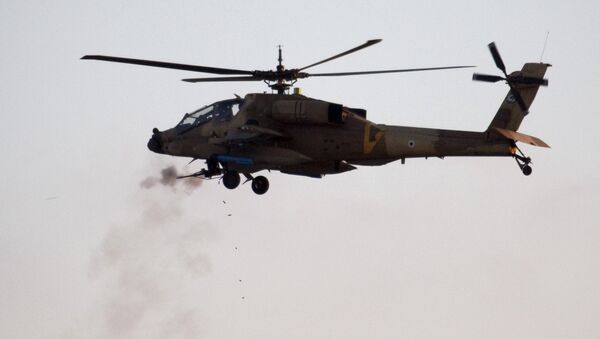 © AFP 2023 / JACK GUEZ
Subscribe
International
India
Africa
The Pentagon awarded a contract to Boeing to refurbish the United Kingdom's Apache Longbow helicopters, paying the company some $488 million to carry out the work.

Inter Coastal to Supply UAE With Apache Helicopter Hardware, Training
WASHINGTON, May 12 (Sputnik) — Boeing has been awarded $488 million under a foreign military sales contract to refurbish 38 of the United Kingdom's Apache Longbow helicopters and provide three training simulators, the US Department of Defense announced.

"The Boeing Co., Mesa, Arizona, was awarded a $488,076,762 modification to a foreign military sales contract for the re-manufacture of 38 AH-64 Apache aircraft, and to procure three Longbow crew trainers and associated spares," the release stated on Thursday.

The Apache has been outfitted with an advanced Manned-Unmanned Teaming system that lets the aircrew control the flight paths of the US Army's Shadow and Gray Eagle drones. The human-machine system was used in combat in Afghanistan in 2016.