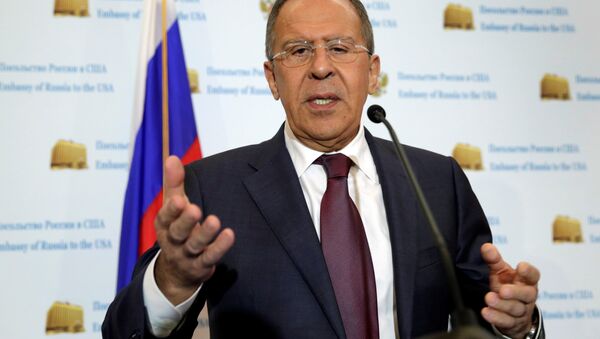 FAIRBANKS (Sputnik) — Russia appreciates the way the Alaskans keep the memory about the fight against Nazism in World War II, Lavrov said at the wreath laying ceremony at the Alaska-Siberia Lend-Lease Memorial in Fairbanks, Alaska. 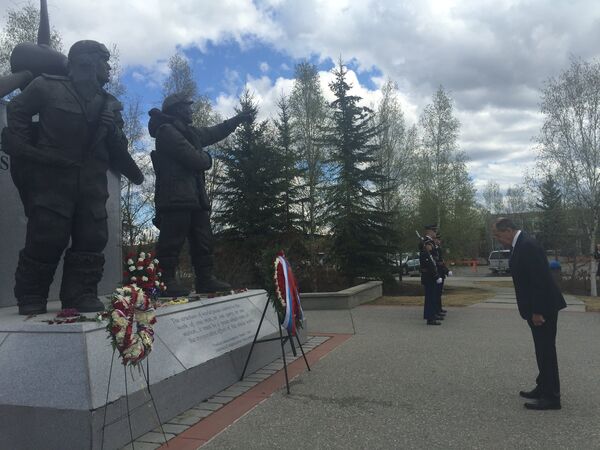 Russian Foreign Minister Sergei Lavrov at the wreath laying ceremony at the Alaska-Siberia Lend-Lease Memorial in Fairbanks, Alaska, on May 11, 2017
© Sputnik / Liudmila Chernova

Russian Ambassador to the United States Sergey Kislyak, Fairbanks Mayor Matherly and the American service men participated in the ceremony.

"We highly appreciate the way the Alaskans keep the memory of our common fight against fascism in World War II," Lavrov said on Thursday.

The memorial commemorates those who contributed to the Lend-Lease Program from both the United States and the Soviet Union.

Why Were US Photographers Absent at the Trump-Lavrov Meeting?
The monument in the heart of Fairbanks was created by Alaskan sculptor Richard Wallen in 2006, and features one Soviet pilot and one American pilot honoring pilots who flew the Lend-Lease route from Alaska to Siberia.

The Alaska-Siberia Air Route, or ALSIB operated in 1942-1945 was used as part of the US Lend-Lease program to deliver the American warplanes to the Soviet Union. It consisted of roads and airports that began in Montana and ran some 6,000 miles (9,656 kilometers) through Canada on to Alaska, where Soviet pilots tested the aircraft before flying them into Siberia to be sent westward for use against German forces. Over 8,000 US warplanes were sent to the USSR along ALSIB to aid the country in its fight against Nazi Germany.