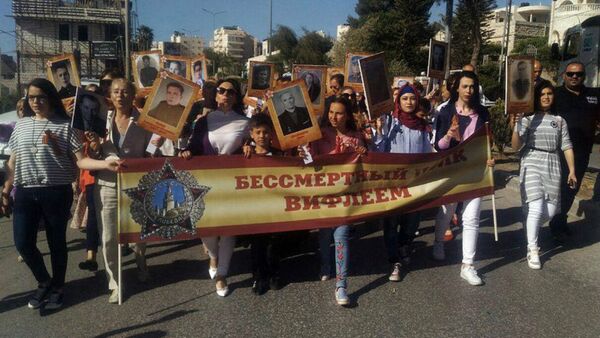 Best Moments of 2017 Victory Day Parade in Moscow
BETHLEHEM (Sputnik) — The event started at 4 p.m local time (13:00 GMT) near the Russian cultural center in the city of Bethlehem, with over 70 people from Hebron, Ramallah, Nablus and other Palestinian cities in attendance.

Millions of people in Russia and countries across the world over the recent week have participated in the "Immortal Regiment" marches to honor those who fought against Nazism in the World War II.