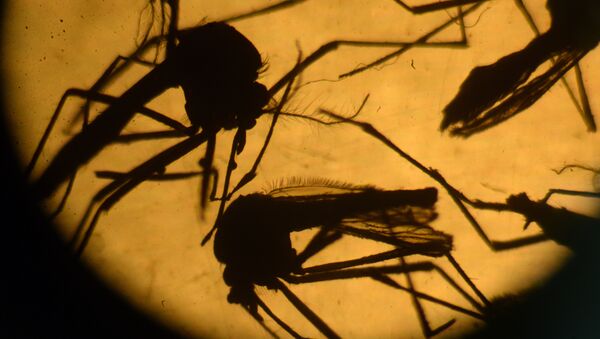 © AFP 2023 / Marvin RECINOS
Subscribe
International
India
Africa
Brazil’s Health Ministry declared Thursday an end to a 17-month emergency triggered by the 2015 outbreak of the Zika virus after the number of cases decreased.

Total of 4,255 Zika Cases Registered in US
MEXICO CITY (Sputnik) — The infectious disease was not considered a major threat until a pandemic was reported in Brazil in May 2015. Its explosive spread led to a public health emergency being declared in November of that year.

"The end of the emergency does not mean the end of surveillance or assistance. The Health Ministry and other bodies concerned will continue combating Zika," Adeilson Cavalcante, secretary in charge of health monitoring, said in a statement.

Brazil registered 7,911 Zika cases between January 1 and April 15 of this year, a drop of 95.4 percent from the same period in 2016. The disease, which is linked to birth defects, has killed 260 newborns and apparently caused microcephaly in 2,200 babies.