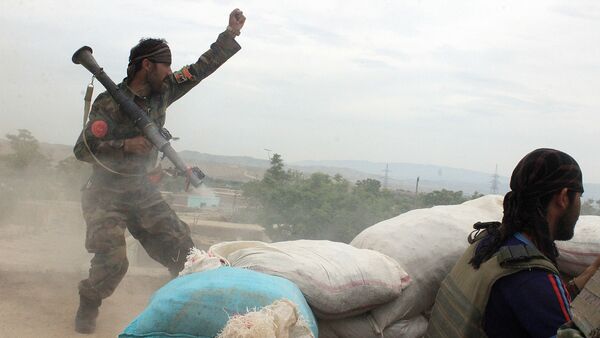 The Afghan security forces on Thursday regained control of two districts in the country’s northeastern province of Badakhshan, which had been previously captured by the Taliban radical movement.

MOSCOW (Sputnik) — The Afghan forces liberated a number of villages on the thirteenth day of the battle in the Zebak and Ishkashim districts of the Badakhshan province, which is located near the border of Tajikistan and Pakistan, the TOLOnews broadcaster reported.

"The villages of Ishkashim have been cleared of the enemy and around 20 posts of the enemy have been taken by security forces. Two tanks belonging to the enemy were destroyed during the operation," Jalaluddin Yaftali, the head of the Afghan Special Forces local unit said, as quoted by the outlet.

On Wednesday, the country’s security forces pushed back Taliban terrorists from the northern city of Kunduz on the seventh day of the battle.

The Taliban movement, infamous for numerous acts of violence in Afghanistan, has captured large territories across the country. The Afghan National Defense and Security Forces are currently conducting joint offensive operations to combat the movement as well as other terrorists, such as Daesh.