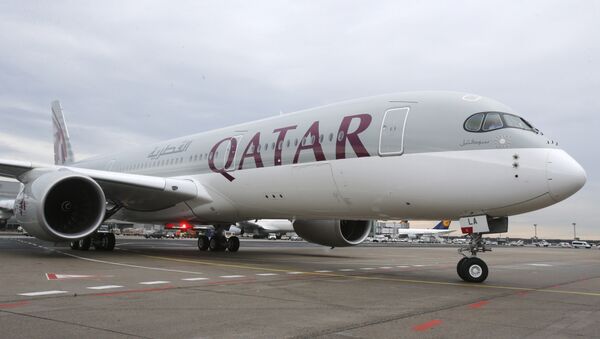 © AP Photo / Michael Probst
Subscribe
According to media reports, the United States is likely to expand its recently implemented ban on the use of laptops during commercial flights originating from points in the Middle East to some in Europe as well.

An expansion of the ban would affect US carriers United Airlines, Delta Air Lines and American Airlines, as well as many other international carriers. Officials in the US and Europe do not have a precise date but expect the Department of Homeland Security (DHS) to formally announce an expansion of the ban soon, possibly by Thursday.

The laptop ban would include as yet unnamed European locations and is being reviewed so as to ensure that lithium batteries in the devices will not explode in mid-air while stored in the luggage hold, officials stated Wednesday.

The DHS in March announced new cabin restrictions on laptops onboard flights originating from airports in Turkey, the United Arab Emirates (UAE), Qatar and Saudi Arabia, due to suspicions that bombs could be concealed in devices taken onto planes, according to Reuters.

The UK joined the move, restricting several routes, and a European spokesperson suggested that a ban could also be implemented on flights between the United States and Britain.

A spokesman stated that DHS chief John Kelly "hasn't made a decision but we continue to evaluate the threat environment and have engaged in discussions with airline representatives and other stakeholders about the threat."

The UN is working up new guidelines on how to approach the ban, which some argue amounts to discrimination against Middle Eastern passengers.

A discussion within the International Civil Aviation Organization was initiated on Tuesday after several countries, including Egypt and the UAE, issued formal complaints they that were being unnecessarily penalized, Reuters reports.