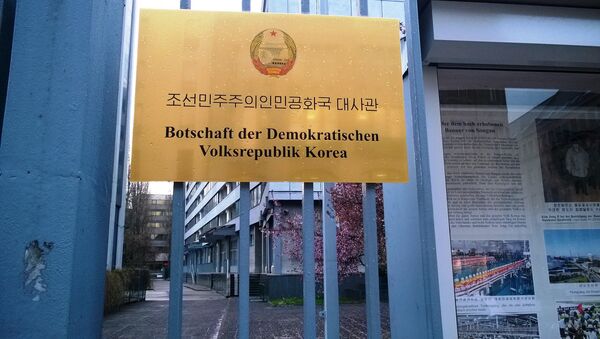 CC BY 2.0 / Iwan Gabovitch /
Subscribe
International
India
Africa
Germany has announced that it will tighten economic sanctions against the North Korean government over its alleged nuclear weapons program in line with a UN resolution passed in November, German officials announced Wednesday, May 10.

Germany Targets North Korean Embassy in Berlin in Fresh Round of Sanctions
Berlin has declared its intention to ban Pyongyang from being able to lease properties found in the German capital. German Foreign Ministry state secretary Markus Ederer is quoted as saying that, "we must increase pressure to bring North Korea back to the negotiating table. That means we must concisely implement sanctions imposed by the United Nations and the European Union."

He added that, "in that regard, it is particularly important that we do even more to dry up the financial truces used to fund the nuclear program."

North Korea's dealings with Germany hark back to the days when the European country was still divided by the Berlin wall. Pyongyang maintained strong diplomatic relations with the communist government in East Germany, and owned not only an embassy there, but several buildings dotted around East Berlin. The reportedly labyrinthine diplomatic compound was, in those days, represented by 100 North Korean diplomats, today, a mere 10 remain.

While the embassy remains in operation, one of its prior building has since been transformed into a budget hotel and another into a conference center. The North Korean embassy has said that it obtains "high five-digit" numbers from rent in the property which it leases to two contractors, and has done since the year 2004. 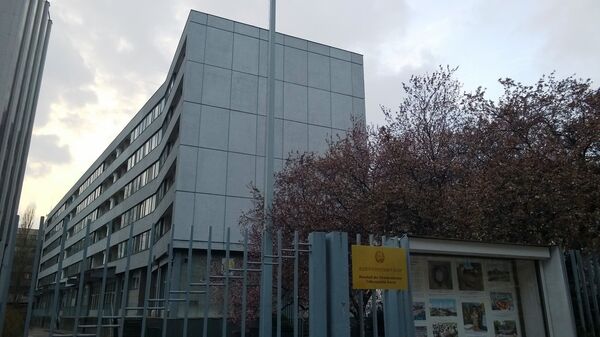 Reportedly visitors to the hotel can expect to pay as little as US$18 per night, but Pyongyang makes tens of thousands of euros each month from this rental, as well as others. Allegedly, the money is used by North Korea to finance diplomat missions, as well for dual-use technology and luxury items.

The proposed German measures will aim to prevent North Korea's embassy in Berlin from successfully operating the businesses on the basis that the action conforms with a November UN resolution calling on member states to smoke out North Korean sources of currency.

#China said it hope for a clear message to be sent with new #UN #sanctions on North Korea over its nuclear program.#trump #coal #resolution pic.twitter.com/h0pjLSU16Y

The UN resolution passed in November emphatically states that, "all member countries shall prohibit North Korea to use real estate that it owns or leases for other than diplomatic or consular activities."

It is quite possible that the German government is leaping on the counter-North Korea bandwagon being steered by US president Donald Trump. In an April interview, the president gave the ominous warning that a "major major conflict" with North Korea is indeed possible.

The German government's announcement also follows on the heels of warning by US Secretary of State Rex Tillerson on Friday, April 28, that any failure to contain North Korea's nuclear capabilities could lead to, "catastrophic consequences" for the international community. However Russia and China have cautioned against Washington taking unilateral actions and threatening military force to pacify the problem.

The Russian deputy foreign minister, Gennady Gatilov, rebutted Tillerson at the Security Council, by saying that "the combative rhetoric coupled with reckless muscle-flexing has led to a situation where the whole world seriously is now wondering whether there's going to be a war or not."

The Trump administration has reportedly spent time pursing diplomatic back channels with Beijing to try and convince it to reign in its ally, Pyongyang. However, and likely much to the consternation of the US side, Chinese foreign minister Wang Yi told the security council that, "the key to solving the nuclear issue on the peninsula does not lie in the hands of the China side."

In response, the Trump administration, pointed to the fact that China accounts for approximately 90% of North Korean trade, indicating that it holds serious diplomatic leverage over the isolated half of the Peninsula.

Tillerson also appealed to the concerns of the US' allies in the Asia Pacific, namely Japan and South Korea by saying that, "the threat of a nuclear attack on Seoul, or Tokyo, is real, and it's only a matter of time before North Korea develops the capability to strike the US mainland."

Tillerson's comments come at a time when Japanese Prime Minister Shinzo Abe has reaffirmed his intention to push through the abrogation of Japan's pacifist constitution, and set the country on a path to remilitarization.

Since taking the oval office, President Trump has made confrontation of North Korea a hallmark of his foreign policy, and it appears that slowly but surely, a second "coalition of the willing" — with Germany now on board — is forming.