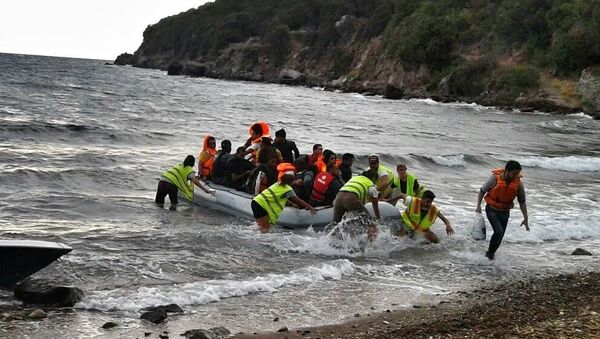 Almost a half of Polish citizens firmly opposes hosting refugees from Muslim countries in Poland, a fresh poll revealed on Tuesday.

WARSAW (Sputnik) — A total of 46 percent of the Polish citizens said that they strongly opposed the idea of accepting refugees from Muslim countries, while 27 percent said they would "rather not" welcome them, a poll commissioned by the TVP broadcaster said.

At the same time, a "strong yes" reply was given by only four percent with "rather yes" expressed by 19 percent.

The number of respondents who had no particular opinion on the issue stood at 4 percent.

The poll was conducted among the 1,004 adult Polish citizens with a margin of error of 3 percent.

In September 2015, the European Commission called on EU member states to redistribute 160,000 asylum seekers from Africa and the Middle East throughout the bloc over a two-year period. An exact quota for each country would be calculated depending on its size, population and socio-economic conditions.

In March, Polish Prime Minister Beata Szydlo said she did not accept the terms of the refugee relocation program being imposed on the country and refused to accept refugees under the program.