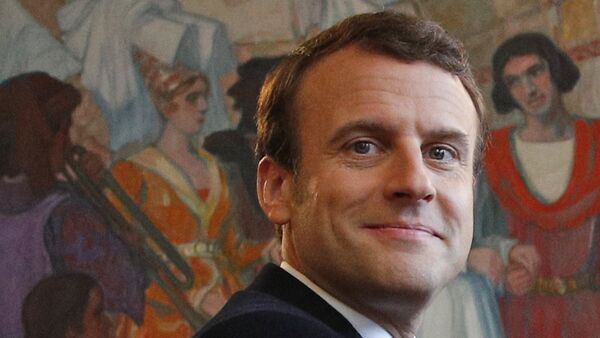 French President-elect Emmanuel Macron has vowed to uphold friendly relations with China, saying that Paris will stick to the so-called "One China" policy, which denies independence of Taiwan.

"The French government will continue to further implement the active friendly policy toward China, to cling to the 'One China' policy, deepen the practical cooperation in the diplomatic, trade and economic, industrial and other spheres," Macron said during the telephone talks with Chinese President Xi Jinping, as quoted by the China Central Television.

The newly-elected French president added that he placed much importance on the French-Chinese relations. Apart from that, the two leaders agreed to maintain the ongoing dialogue and carry out the personal meeting in the near future as well as exchange opinions on the bilateral relations and issues of mutual interest.

Nepal Decides to Join China's One Belt, One Road Initiative
The "One China" policy concerns the People's Republic of China, or mainland China, with the capital in Beijing and the Republic of China, or Taiwan, with the capital in Taipei. China does not recognize the independence of Taiwan, instead choosing to regard the island as its breakaway province. The "One China" policy implies that the countries seeking to establish diplomatic relations with Beijing must break official ties with Taipei and vice versa.

According to the French Foreign Ministry, France and China enjoy the comprehensive strategic partnership re-energized by an intense series of high-level bilateral visits. Francois Hollande, France's acting President, visited China for the G20 Hangzhou Summit in September 2016 and met with Xi for a working dinner on the event's sidelines. Xi, in turn, made an official visit to France in November 2015 to participate in the Paris Climate Conference.