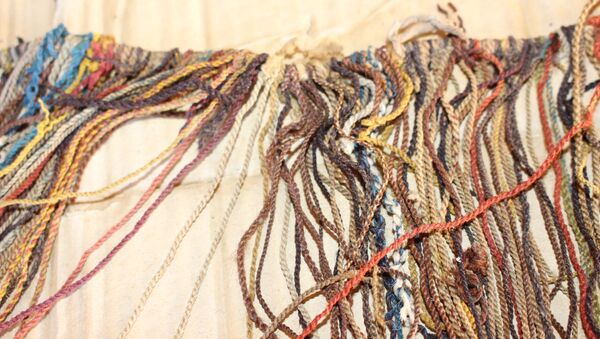 © Photo : Sabine Hyland
Subscribe
Cords made of animal hair and dating back more than 300 years contain a writing system that might generate insights into how the Inca communicated, a new study suggests.

The Inca Empire ruled a large swathe of Latin America until it was finally defeated by the Spanish conquistadors in the late 16th century.

But the mystery of how the Incas communicated with each other has always baffled scientists.

Dr. Sabine Hyland, a social anthropologist at the University of St. Andrews in Scotland, thinks she has discovered the answer.

The Incas ruled what is now Peru, Ecuador, Bolivia and northern Chile. In 1999, archaeologists unearthed the frozen body of a young Inca girl at the foot of a mountain, where she met her death 500 years earlier. 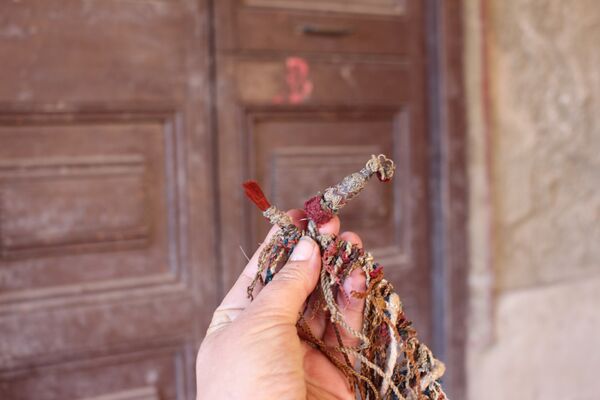 Dr. Hyland visited San Juan de Collata in Peru in 2015 and was shown two 17th century khipus which had been preserved for centuries by the village elders. She analyzed them and discovered 95 different symbols and at the end of each epistle was a cord sequence of distinct colors, fibres and ply directions. 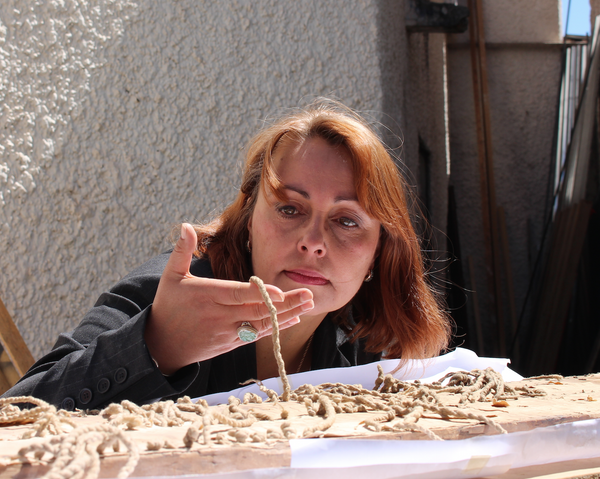 Sabine Hyland (pictured) said the villagers wanted her to handle the cords with her bare hands. They said the cords feel very different, even when they look alike to the eye. Villagers referred to the khipus as a "language of animals."
© Photo : Sabine Hyland

In her paper, published by the University of Chicago Press, she said village leaders told her the khipus had been created by Inca chieftains and were "narrative epistles about warfare."

Spanish chroniclers recalled the Incas — or Inkas — used khipus as secret messages during times of rebellion, knowing the conquerors could not break their code.

"I have been studying the Incas and the peoples of the Andes since I was an undergraduate university student at Cornell 30 years ago.

"South America fascinates me because it's one of the most mysterious regions of the world.

"The civilizations that developed in the Andes, which peaked in the Inca period (c. 1400-1532) were extraordinary — they developed monumental stone architecture which we can't duplicate today, a magnificent road system, exquisite gold and silver work, brilliant feathered textiles, a deep sensitivity to the landscape — all these things and more but with no money, no markets, and a 'writing' system of knotted cords that has eluded decipherment," Dr. Hyland told Sputnik.

She said there about 800 khipus in museums and universities around the world.

"For a long time, scholars believed that each khipu was an idiosyncratic memory aide that could be interpreted only by its creator. So there was little point to even attempt to decipher them.

"Now we believe that they were created according to a system that must have been generally understood within the Inca Empire, and little by little we're making progress in understanding this system. I am quite convinced that we will one day be able to read khipus, both Inka ones and colonial and modern ones," Dr. Hyland said.

"What my discovery in Collata proved is that khipus can be logosyllabic in a very Andean manner, using the differences among different types of animal fibers, colors and ply direction (the direction in which cords are twisted) to represent syllables.

"The Collata khipus are from the late 18th century, and were created as part of a rebellion against the Spanish Crown."

These knots represent numbers; they account for life. On Gary Urton (INKA HISTORY IN KNOTS) and Sabine Hyland's work https://t.co/41ETJgEeh7

"There is little evidence that the Spanish ever learned to make khipus. In fact, it appears that one of the main reasons that khipus survived into the 20th century in some parts of the Andes is that it was a very effective way of keeping information secret from outsiders."

But she said the "million dollar question" was did the Incas use similar khipus during their rule or did they change following the Spanish conquest.

"Most of the Inka khipus that exist were probably for accounting — keeping track of demography, tribute, inventories, etcetera," she told Sputnik.

Dr. Hyland is planning to return to Peru to do more ethnographic research on the khipu traditions so that we can understand the Incas better.

In 2015 Spanish journalist Cesar Cervera wrote an article claiming the Inca people had been killed accidentally by illnesses carried by the conquistadors, rather than by deliberate genocide.