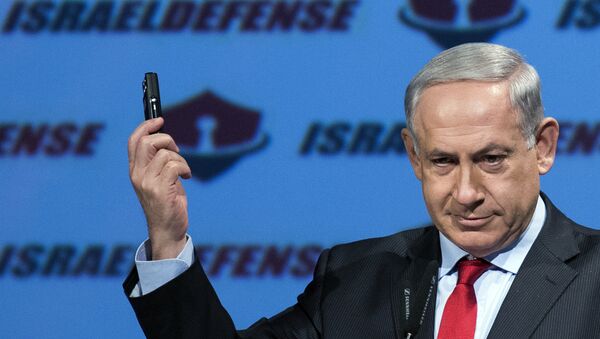 Netanyahu, unhappy with reports on his ongoing legal troubles and increasingly strident nationalist rhetoric, described CNN, the New York Times, and several other media outlets as "fake news" in a social media posting on Sunday, according to The Hill.

Referring to a recently modified policy by Palestinian political group Hamas, the embattled Israeli leader said: "Ever wonder what fake news is? Last week, headlines in CNN, Al Jazeera and The Guardian said Hamas now accepts a Palestinian state along the 1967 lines. The New York Times headline called this ‘moderation.'"

Netanyahu, under fire in Israel for corruption and increasingly extremist views, sought to cast offers for peace in the region from his government's primary foe as a mere distraction.

"The intimation is that Hamas now accepts the state of Israel," Netanyahu said. "Great news, right? Well except for one small detail: This is a complete distortion of the truth."

The beleaguered prime minister, in attempting to distract from recent attention to his personal finances, stridently pushed back against the offer from Hamas to relax its policies toward Israel.

"It's bad enough Hamas lies to the world. We don't also have to lie to ourselves," Netanyahu remarked, prior to crumpling up a piece of paper purported to contain the policies and throwing it into a trash bin.

US President Trump has repeatedly referred to media outlets that describe his policies and comments in anything less than an appealing light as "fake news," particularly pointing his finger at CNN and the New York Times.

Both US media outlets have strongly refuted the charges. The New York Times, in particular, saw its readership rise by an additional 276,000 digital subscribers in the final three months of 2016 — the highest rate of increase since the newspaper implemented a paywall in 2011, according to the Financial Times.