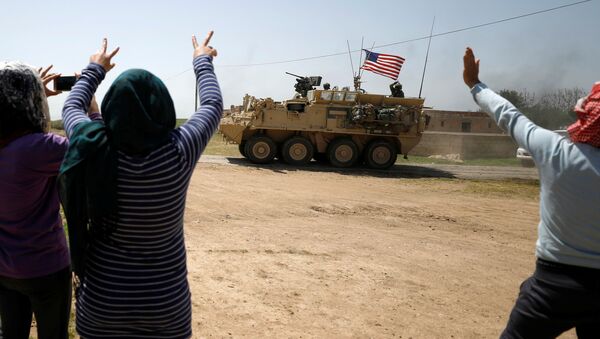 Kurdish leaders are pushing for US support for a plan to extend their territory across Syria to the Mediterranean Sea, in order to create a trade route and bolster Kurdish enclaves in the North. The move may run into stiff local opposition.

In a mainstream media interview, Hediya Yousef, head of the Kurdish federalism project, said the Syrian Kurds wanted more territory in the North, in return for helping the US retake Raqqa from Daesh. He claimed the Kurds had a "legal right" to create a trade corridor to the Mediterranean.

The 10th panel of our conference on #Arab-#Kurdish opens now, continuing discussions of the appropriateness of federalism in #Iraq, #Syria pic.twitter.com/x9VgpmpVcb

The Kurdish-led Syria Democratic Forces are on the verge of liberating Raqqa from Daesh's clutches — when that's achieved, the group intends to occupy the city, and also push further southeast, towards Deir ez-Zor. It has been suggested Kurdish-led forces could eventually push west to the rebel-occupied city of Idlib. Such a move would widen Kurdish-controlled areas in the North, taking in the two Kurdish cantons of Afrin and Rojava, while also expanding Kurdish influence further south, in Arab-majority areas.

"The people in Deir ez-Zor and Raqqa want the SDF to come; in truth the SDF consists of people from these areas. If we clear all this area from terrorists, then maybe we will go to the other side to also clear that area. If we arrive at the Mediterranean it will solve many of the problems of the population in northern Syria. Everyone will benefit," Yousef added.

However, she was quick to acknowledge such a plan would require US backing to become reality — and would be strongly opposed by Turkey, which for decades has battled Kurdish militants from the Kurdistan Workers' Party (PKK) and the People's Protection Units (YPG), in the country's southern regions. Turkey views both groups as terrorist organizations, and has vowed to prevent the Kurds from linking Afrin and Rojava. US officials have said that while they "understand" Ankara's concerns about the groups, they disagree. 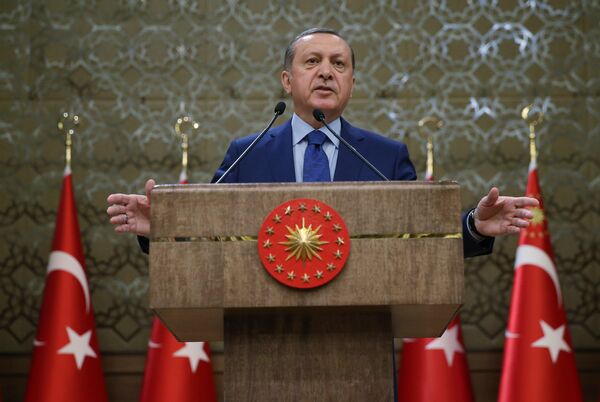 Turkish President Recep Tayyip Erdogan addresses a meeting of local administrators at his palace in Ankara, Turkey, Wednesday, March 16, 2016. Tayyip Erdogan says US and Russian weapons are ending up in the hands of the Kurdistan workers' Party, or PKK, which his country considers a terrorist organization.
© AP Photo / Murat Cetinmuhurdar

In 2016, Turkey invaded northern Syria principally to battle Daesh, but also prevent Kurdish advances along the border. It launched air raids on Kurdish fighters, forcing them from the town of Manbij. While the initial operation has concluded, President Erdogan has hinted a similar campaign could be launched anew.​

The Mediterranean Sea lies roughly 100 kilometers from the westernmost edge of Kurdish territory —any trade route would need to cut through Syrian territory which is under the uncontested control of Bashar al-Assad's government. As part of its peacekeeping effort, Russia has established "de-escalation" zones across northern Syria, which includes Idlib, the very region pivotal for achieving the Kurds' desired Mediterranean goal. 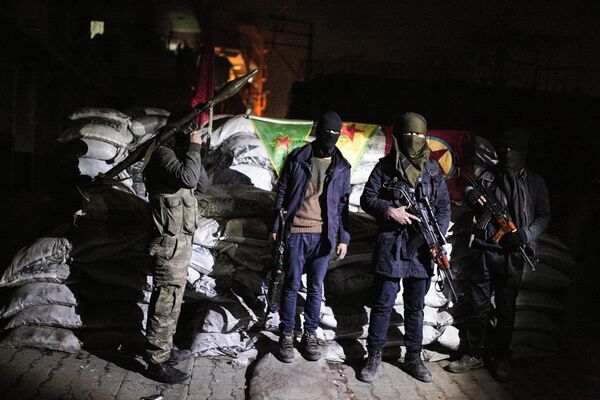 Militants of the Kurdistan Workers' Party, or PKK, stand at a barricade in Sirnak, Turkey. (File)
© AP Photo / Cagdas Erdogan

While Russia has repeatedly stated its strong commitment to the "sovereignty, independence, unity and territorial integrity" of Syria, Russian troops are based in Afrin, at the behest of the SDF, and Assad has demonstrated a willingness to deal positively with Kurdish forces in northern Syria.

Nonetheless, such diplomacy must have limits, and Turkish leaders are understandably anxious of perceived US pursuit of a Kurdish state, which could absorb Syrian, Iraqi and Turkish territory in the process. Instead, they are said to prefer a resolution which involves granting greater autonomy to Kurdish regions.

Federalism and decentralization; no problem. Kurdish-ethnic federalization? Dream on, won't happen even if we give that land to Turkey. https://t.co/VFnKu27Q2C

When the international war against Daesh finally ends, it's unclear whether Washington will indeed push for an independent Kurdistan — its actions in the region generally and Syria specifically have been mystifyingly opaque since 2011. Abdurrahman Mustafa, a representative of the National Council of Syrian Turkmen, perhaps summed up US conduct best when he previously told Sputnik the country has tried to divide Syria "from the very beginning."

"This is an American project. Syria's territorial integrity must be preserved. In addition, it must be the Syrians themselves, not external forces, who decide the form of government in the country. The Syrian people must decide whether there will be a federal form of government, or some other form," he said.

It may well fall to Moscow to continue its stabilizing role in the region, and broker a deal acceptable to all sides.