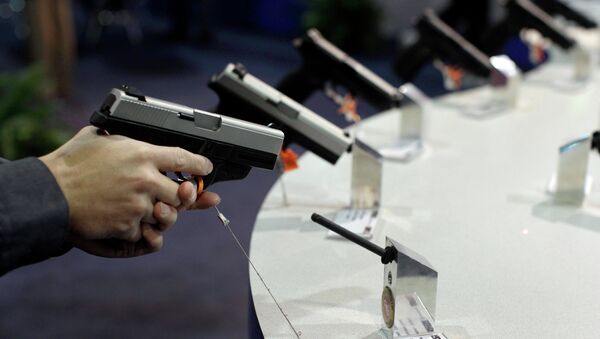 Coinciding with a recent rise in the number of shooting attacks in Germany, a new report has revealed that more right-wing extremists in the country are legally acquiring firearms.

Some 750 right-wing extremists in Germany are reportedly now documented as legally owning firearms, a noted uptick over the past two years, leading many to voice concern over an increasing risk of attacks on migrant families in the country.

Noting that attacks on refugees in Germany involving the use of weapons had more than doubled from the previous year, Berlin socialist Left party lawmaker Martina Renner requested information from the federal government for statistics on gun ownership in the northern European nation.

On Saturday, Welt am Sonntag reported that some 750 right-wing extremists in Germany had legally acquired firearms, almost doubling the 2014 figure of about 400 owners, cited by Deutsche Welle.

Following the release of the statistics, Renner stated that, "Police and those responsible for the enforcement of gun laws must deal urgently with the 750 right-wing extremists who have obtained gun licenses."

Weapons, including semiautomatic rifles and pistols, were used in 79 recorded gun attacks against asylum-seekers and refugees, as well as on refugee shelters and volunteers staffing the facilities, in 2016. The figure is a significant increase over 2015, in which an estimated 30 such violent gun attacks were reported.

"The rapid rise of small arms licenses apparently corresponds with the acts of violence against migrants," Renner said, cited by DW.com.

According to thelocal.de, some two million people in Germany own the over 5.5 million legally registered guns, out of a population of 80 million. In the United States, there are, at a minimum, an estimated 300,000,000 legally owned firearms in a country of some 330,000,000.

Recent reports revealed that three percent of registered gun owners in the US owned approximately half of all registered weapons in the country.