French Election: Free Food, Wine and Rides… But You've Got to Vote First 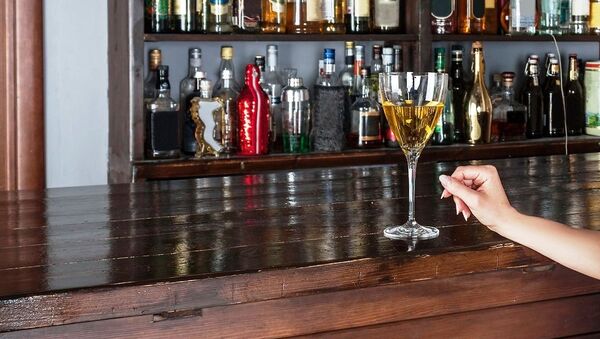 © Photo : Pixabay
Subscribe
With voter turnout in Sunday’s presidential runoff in France expected to be the lowest since 1969, activists on both sides are bending over backwards to get as many people to come to the polling stations as possible.

What to Expect From France After Sunday's Presidential Run-Off
Café owners and transport companies have joined the effort with offers of free snacks and rides to those who decide to cast their ballots.

Rasheed Akim, a baker in Val-d’Oise region, is giving away a free croissant or a chocolate cookie to everyone who votes. All citizens need to do to enjoy the free treat is produce a properly stamped voter’s card.

“This is my way of mobilizing people to vote. To each one coming up to the counter I say a few words about my operation and they like it,” Rasheed was quoted as saying by France Info news portal.

Rasheed used the same tactic during the first-round vote when he encouraged some 20 people to cast their ballots to get a free cookie. He hopes that this time round there will be more people coming up.

A Cotes d’Armor bar owner Marc Le Badezet offers a glass of free wine to everyone who drops in after voting.

"This might look stupid, but I served some 200 free glasses of wine during the first round and I hope that there will be more coming in today,” he said.

Not to be outdone, Cote d’Armor taxi driver Guillaume Hamon said he would offer a free lift to senior citizens willing to vote but unable to make it to the polling station on their own.

“I’ve been getting phone calls from cabbies from Bretagne, Paris and Marseille all willing to do the same thing,” he told France Info.

On the Brink of Chaos: France Faces 'Hardest Choice in History' Ahead of Runoff
FlixBus intercity bus company went even further by promising to refund the ticket price to everyone who sends in a selfie made at a polling station and a stamped voter’s card.

According to the results of an Odoxa poll released just ahead of Sunday’s runoff, voter turnout could become the lowest since 1969, as only one in four registered French voters is willing to cast his or her ballot.

France’s Macron ‘More Convincing’ Than Le Pen in Final Election Debate
Sociologists say that “with a high degree of certainty” voter turnout will be lower than the 77.77 percent registered in the first round, and lower than in 2002, 2007 and 2012.

Macron is projected to win in Sunday’s runoff vote with an IPSOS/Sopra Streia poll seeing him garner 61.5 percent of votes, compared to just 38.5 percent for Marine Le Pen.