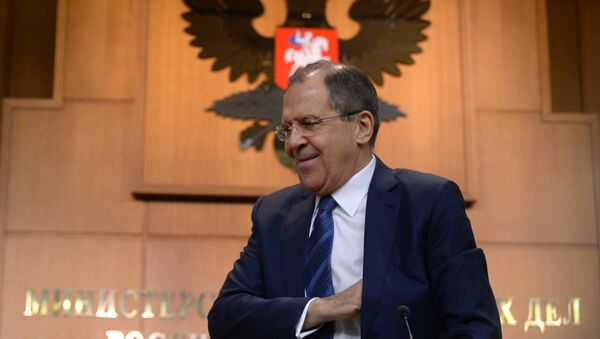 According to the Russian foreign minister, CSTO member states do not consider any world power to be its adversary.

"The CSTO development strategy does not mention that any country or state or organization is our adversary. In contrast, NATO members regard Russia as an enemy or even a threat and attempt to downplay the status and the importance of CSTO activities," Lavrov told the Mir television channel in an interview.

The NATO members are reluctant to work with the CSTO as well as to recognize its status of an international organization participating in UN Security Council’s meetings, Lavrov added.

The CSTO was established on the basis of the Collective Security Treaty, signed by Commonwealth of Independent States (CIS) member states on May 15, 1992. Armenia, Belarus, Kazakhstan, Kyrgyzstan, Russia and Tajikistan are the current CSTO members. Former member state Uzbekistan announced the suspension of its CSTO membership in 2012.

The NATO-Russia relations have been complicated over the past years, as NATO has set a sustainable course for the alliance’s expansion by engaging Eastern European states since 2014, explaining the expansion as a response to Russia’s alleged meddling in the Ukrainian conflict. In turn, Moscow has repeatedly refuted such allegations, and regards NATO's encroachments as provocative. At the NATO July summit in Warsaw, it was decided that the military alliance would send multinational battalions to Latvia, Lithuania, Estonia and Poland, at the request of these countries.